As a lecturer in the RED team, I facilitate learning opportunities for La Trobe’s researcher community. Across these workshops we often touch on one of my favourite topics: rewards, and how they can be helpful for researchers who are trying to motivate themselves to achieve writing goals.

Writing is often a lengthy process for researchers. Motivation can sag as the hours turn to days and the days tick over into months. Added to this picture are the brain bending, shoulder crunching and finger cracking realities of many hours spent at a keyboard trying to get words on a page. It can be exhausting work on all levels, which makes pushing on so difficult sometimes. This is where rewards (some people call them power ups), combined with appropriate planning can be so useful for researchers. Some positive reinforcement can be a really valuable way of sustaining motivation throughout the long duration of a research project. 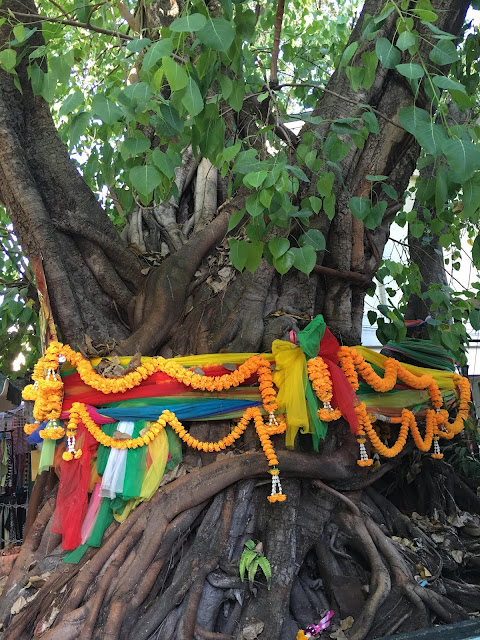 Given that this post is all about the spaces and places research is conducted in, let me start by describing the space I currently find myself in. I am clicking the ‘publish’ button on this post while sitting in a library at Thammasat University in Pathumthani, a province in the northern part of the Bangkok metropolitan area. The library I have been working in this morning is possibly the coolest place on campus, which is important given that the temperature outside is hovering around 40 degrees celsius! This library is named after Puey Ungphakorn, the former Rector of Thammasat University. Professor Puey is an important figure in Thai history. He resigned his rectorship (what we might call vice chancellorship in Australia) in protest following a massacre of university students on campus in 1976 and subsequently fled Thailand for his own safety, ultimately dying overseas. The ground floor of the library features an exhibition about Professor Puey’s life and service, and nearby to here is a memorial to those killed in the 1976 massacre. Sitting in this library, I find myself thinking about the uneasy social space that universities often occupy and the risks that have been taken to defend universities as spaces for critical and creative thinking.

Ebony Monson (School of Life Sciences) and Allira Hanczakowski (HuSS) participated in the supervision panel convened by Jamie Burford during our first graduate researcher orientation of 2019.

The reflections from all participants in this panel were thought-provoking and reflected the diverse ways that supervision occurs across the campus. Throughout this conversation it became clear that there is no one ‘perfect’ model for arranging supervision. It is always a complex negotiation between all the players involved and is responsive to the kind of knowledge that is being produced.

Jamie: Could you please introduce yourselves and tell us a bit about your research project?

Ebony: My name is Ebony Monson and I’m currently beginning the third year of my PhD in the School of Life Sciences. My research focuses on looking for novel mechanisms that drive an immune response to viral infections, with the hope that teasing apart the complexity of an effective immune response will allow the creation of novel anti-viral treatments to combat in-curable viral infections. I currently have 1 primary supervisor (Dr Karla Helbig) and 2 co-supervisors. I also have 2 external panel members who have an input at my progress panel meetings.

Read more »
Posted by James Burford at 08:00 No comments:

Learning about conferences by organising a conference (Karen Strojek)


This post is cross-posted from the academic conferences blog Conference Inference, with kind permission. Thanks for sharing your experiences of conference organising with us, Karen! View original post


“The question of “What should I do at a conference” might be answered with a question, “What kind of researcher do I want to be”? …Once students understand the kinds of values they hold as researchers, they can think with greater clarity about how to enact themselves as researchers at conferences” – James Burford, Conference Inference Blog.

Every year, La Trobe University’s School of Humanities and Social Sciences (HUSS) runs a two-day interdisciplinary conference at which Masters and PhD students present their research to their peers and to academic staff. For many early-stage postgraduate students, this is their first experience of participating in an academic conference. Some approach their first solo performance in a state of high nervousness but, once it is done, most can relax into spectatorhood and many leave with positive memories. In this post I reflect on my experience of being on the organising team for the HUSS HDR 2018 Conference.

Jamie (from the RED team) has already posed some thought-provoking questions at La Trobe conference preparation workshops that I have attended in the past. He addresses the practical what-do-I-do questions but also invites us to be thoughtful about another important question: “What kind of researcher do I want to be?” The ensuing questions of how action might contribute to being and how being is enacted can be hard to disentangle but engaging with them shifts attention to what goes on outside the solo performer’s spotlight. What kind of researcher do we, students, want to be to whom, and how might we achieve it?


During my post-graduate research I needed structure. First, I used goals, theories and methods to structure a space for the exploration of knowledge, then this gradually filled with things that count: progress reports, due dates, prescribed word lengths, abstracts, submissions to conferences, journals and grant bodies. What started as a personal program became populated with institutions, peers, academic traditions and disciplinary cultures. This was my introduction to the academic game, in which researchers have a stake and play by a set of rules. The game offers graduate researchers and academics, both employed or underemployed, a (competitive) position in a field of knowledge, that is, a space of certainty. You are really there when you forget about playing and the game is taken as doxa, the way things are.

As one who came late to the game, a late ECR, I had no time to lose and plugged in, conferencing, networking, and aiming to produce a little more than the required annual output. Playing the game offered me clarity and certainty that was useful in the fast introductions that are a currency of the academic world.

This blog focuses on research experiences and insights, strategies for tackling research and being productive, and better ways to do research.
The blog is managed by the Graduate Research School's Research Education and Development (RED) team, La Trobe University, Australia.