The Australian Research Council supports interdisciplinary research, which it describes as:

"research that traverses or transcends disciplinary boundaries and which synthesise or integrate methods and knowledge from multiple disciplinary domains."

But, given that most PhDs are completed in one discipline, how do researchers learn to cross those borders?

And why would they?

The short answer is that we live in a complex world and no discipline can find all the answers to the challenges it reveals.

Working epistemologically and methodologically in only one discipline is necessarily limiting because so are disciplines.

Limits aren't inherently bad, but they are, well, limits.

Research can sometimes feel like a jigsaw puzzle and, sometimes, half the pieces are under the couch or in another box.

The finals are coming! (Tseen Khoo)

Yeah, nah, I'm not talking about the footy grand finals! It's much more important than that.

As with last year, the university finals will take place within Research Week and it's always a great event. Not only do you get to see our fabulous emerging researchers take to the stage with their powerful, finely honed talks, you also have a chance to vote in the People's Choice Award (which is always a highlight for me - gotta love having a say, right?).

The university 3MT finals have it all: good company, intellectual stimulation, and collegial competition! Make sure you register to attend for 30 August!

I've just attended both the ASSC and SHE College finals in the last fortnight, and livetweeted my way through the presentations and awards. If you have a look over the #LTU3MT hashtag on Twitter, you'll see some of the action that took place.

In many disciplines co-authored papers are the norm, but collaborative writing is not always an easy process.

Sometimes, one person is mainly responsible for the writing itself, with others contributing ideas in planning and development.

In other cases, multiple people need to be very active in putting words on the page. Negotiating changes, editing, structure, and the direction of the argument can be complicated.

This post provides some practical tips for making the collaborative writing process easier.

It's a good idea to get these things planned and in place before you start writing so that you don’t have to retrofit your collaboration!

Save the Date & Call for Papers 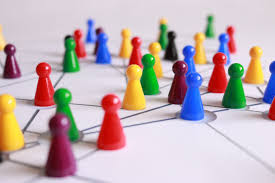 Life as an ECR can be demanding and stressful as you find your feet as an independent researcher. Being plugged into an active research community can be vital to sustaining momentum, keeping up-to-date with information, and building your network of potential collaborators.

This one-day conference has been designed by ECRs for ECRs with the aim of providing opportunities for networking, learning, and building a community of support for ECRs at La Trobe University.

What's on for this year’s conference?

On social media platforms such as Instagram or Twitter, one of the first things you'll have to set up is your username or 'handle'.

This blog focuses on research experiences and insights, strategies for tackling research and being productive, and better ways to do research.
The blog is managed by the Graduate Research School's Research Education and Development (RED) team, La Trobe University, Australia.