My second life as a Wikipedian (Thomas Shafee)

Given the work I'd put in, it seemed a little disappointing at the time. I decided that I wanted to put my words to better use, so I edited a couple of Wikipedia articles related to my thesis topic. My very first test edit was adding a single sentence to the protein tag page. My second was fixing a mistake with my first! Over the next few months I added information and pictures to all the keywords in my thesis title (Evolvability of a viral protease: directed evolution of catalysis, robustness and specificity).

Since then, I've worked on a broad range of biochemistry and evolution articles. I’ve mostly focused on generating improved diagrams (I’ve had some experience from illustrating popular science books). The ability to create clear figures is a less common editor skill, so images are still a common shortfall of many articles. It's even been oddly gratifying to see one of my images plagiarised already!

I'm also part of a movement within Wikipedia to experiment with interactive images (for example Glycolysis ) as a way to better exploit the online medium.

I find editing Wikipedia uniquely satisfying because edits are instantly viewable to a vast audience. That article on my thesis topic directed evolution) gets over 25,000 views per year. 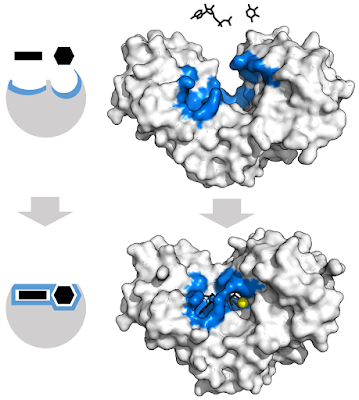 No matter what I publish in my scientific career, its readership will be dwarfed by even an obscure Wikipedia article.

I was recently involved in collaborations with other editors to overhaul the enzyme and gene pages which a million people view each year. Most of these people I know purely online, many only by their pseudonyms. Recently meeting some of the Australian-based editors in person at meetups in Melbourne has been great fun – it’s rewarding to feel a small part of the larger whole.

Scientists typically have a mixed relationship with Wikipedia.

It's the first google hit for most topics and so is the first place that many students and researchers look up information.

It's also free and more than 100-fold larger than the Encyclopaedia Britannica.

On the other hand, it is so different to peer-reviewed journal publishing that it can be very off-putting to scientists.

Now is an exciting time to be a scientist-Wikipedian because the number of active Wikipedians has been experiencing a resurgence over the last year. The molecular biology community in particular is actively discussing hot topics and collaborations. Focus has also largely moved from article creation to quality and coverage improvement.

There is also growing encouragement from journals for scientists to contribute to Wikipedia. For example, RNA Biology journal requires authors to write a summary for Wikipedia and PLOS Computational Biology reformats some review articles to use as Wikipedia articles.

I am now involved in running a workshop to teach other scientists about the encyclopaedia and how to edit it. Similar workshops have been taught at the ECCB conference and there was even a Welcome Trust Wikipedia science conference this year in London.

These efforts are important, as Wikipedia is much improved by the presence of scientific editors to expand, correct and curate its pages. It's similarly important for scientists to know that their field is accurately and thoroughly covered.

If you want your science writing to have a broad impact, you’d be hard-pressed to find a better public outreach platform!

His research centres around using evolutionary insight to inform engineering of proteins, either by directly evolving them in the laboratory, or by studying their natural evolutionary history.

He has been a Wikipedian since 2013, with thousands of edits across hundreds of pages, and helps run the Molecular and Cell Biology Wikipedia editors community.