Posted by RED Writing 'Hood on November 20, 2013
Hello and welcome to day seven of the November Writing Challenge! Keep persevering with your writing program. By now you might have noticed some changes in the way you conceptualise your writing processes. Are you writing more than usual? What about the quality of the words you write? Are you feeling more in control of your productivity? Good writers are reflective writers: the Writing Challenge is a great opportunity to turn your critical eye inward and examine what works and what does not work for you when it comes to writing.

Today’s guest blogger is Carina Donaldson. Carina is a PhD student in the History Program and also works in Learning and Teaching at La Trobe. In her piece, Carina reflects on the personal challenges that emerge from being an academic writer. A she suggests, writing and thinking are dynamically intertwined, and recognition of this fact, can be empowering and enriching. 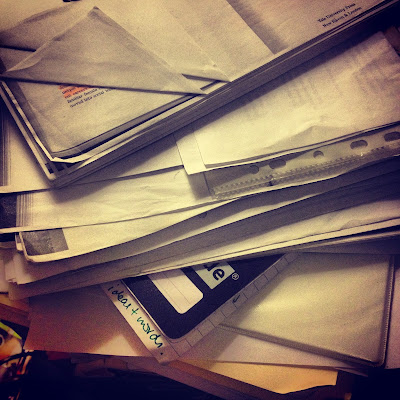 
During my honours year, Anne Lamott’s Bird by Bird: Some Instructions on Writing and Life, was a prescribed text. Lamott’s was the first book I had ever read about writing or being a writer and in the beginning, I was quietly unconvinced that engagement with such a curiously titled work would advance the progress of my history thesis. Lamott, however, managed to hook me early on when she described how, thirty years earlier, her older brother, who at that time was a boy of only ten, had been wrestling with a report about birds. The report was due the next day, and despite having had three months to complete it, he had only just begun. The enormity of the task ahead had rendered him utterly paralysed and fending off tears. Their father, who himself was a professional writer of some notoriety, had put his arm around his son’s shoulders and had advised him gently to: ‘Just take it bird by bird’. As it turned out, dipping in to this book as I myself shuffled uncertainly through my first weighty academic research and writing project, at points paralysed in the same way that Lamott’s brother had been, was intellectually transformative. Her reflections on being a writer and a teacher of writing were wise and warm, authentic and witty. What resonated with me most was her insistence upon the notion that writing was actually hard. Writing, she counselled, ‘brings with it so much joy, so much challenge’: while there would be days when you would feel you were ‘riding a wave’, others would be marked by ‘frantic boredom’, ‘angry hopelessness’ and the desire to ‘quit forever’. My understanding had, up until that moment, been that writing was something that other people just got on with. Certainly, I had never questioned my own writing processes before. The burden of my own academic perfectionism had at times been devastating and I had felt like I would buckle under pressure of having to untangle the impossible chaos of ideas in my mind and, akin to a drill sergeant, beat them into shining, lucid prose. These anxieties, I had believed, were unique, personal foibles. It was a lonely state of being and, at times, a genuine struggle to retain a sense of composure. Reading Lamott’s Bird by Bird inducted me into a community of writers, of people who held high hopes for the sentences they brought into being, of people who found writing both agonising and enlivening. Now, well into my PhD candidature, I have come to the conclusion that writing is enlivening precisely because of the agony it induces. Writing, for me at least, is not the afterthought, but the intellectual process itself. Writing is thinking, and thinking is hard labour for the mind. Often, until I write, I don’t know what I think. Recognising that writing is actually the journey and the destination, that it is the process of sense-making and idea generation as much as it is the activity that creates the final, submittable thesis, has made me a more mindful scholar. While the act of writing might be hard, perfectly capturing the substance of your research in elegant prose is a profound and abiding pleasure. When those feelings of paralysis threaten to impede progress of my writing, I remind myself of this, and just try to take it one bird at a time.

How do writing and thinking fit together for you? Do you think of writing as something that happens at the very end of your research process, once your ideas are well developed and solidified? Or, like Carina, are thinking and writing woven into your research process? Where and how does thinking typically happen in your discipline?

Here's an interesting article by Helen Sword about academic writing, style and tone. She provides some insights into how academic writing can be made interesting and accessible. Thinking critically not just about our content, but about how we communicate it, can have a significant impact on the work we do as academics.

Remember to use the comments section below to update us on your progress and share your triumphs with our Writing Challenge community.

Priscilla Ennals said…
I really enjoyed reading Carina's blog (and all the blogs each day), and concur that writing is hard. But I am writing of my success in completing my writer's challenge goal, having just sent my draft article to my supervisors. I managed to find more time than I committed to and really pushed myself at the times when the ideas and words were not coming easily. But I do feel like I have just finished an exam and have focused in a way that I suspect is not sustainable in the long term (although I might have to test this out).
I think the benefits for me during this challenge fortnight extend beyond just completing my goal. I have started to think about my writing in a much more reflective way, and writing has therefore become less of a random undertaking. I have considered the role of research and thinking in writing, and writing as a way of thinking, as well as what I actually do when I write.
It has been great, so thank you Jeanette, Dell and RED. I had better go and find something else to work on for the next 2 days.
Priscilla
20 November 2013 at 15:01

RED Writing 'Hood said…
Thank you so much for this update Priscilla - and congratulations! It is so satisfying to finish something, especially before your deadline. This is indeed a triumph!

I am so happy to hear about the shifts in your approach to writing. Part of the aim we had with this writing challenge was to take writing out of the background, assumed, and unremarkable aspects of our academic lives and spend some time thinking about and focussing on it, as a process and seeing being a writer as an important part of our academic identities. As we have seen through the posts from our guest bloggers, for some this comes naturally...for others it can be a continual struggle. But as researchers it is one that must be dealt with - fundamentally, if it is not written and disseminated, it is not research!