Public involvement in research – from conception through translation – leads to research that is more relevant, rigorous, and impactful.

Most major research funding bodies in Australia including the National Health and Medical Research Council (NHMRC) and the Medical Research Future Fund (MRFF), as well as health charities such as Cancer Council Australia, increasingly recognise the importance of public involvement in research, requiring researchers to evidence how  people and communities who could be involved in or impacted by the research have contributed meaningfully to the design of their research, as part of the grant application process.

The language that we use to talk about public involvement in research can be confusing; terms are used interchangeably: patient and public involvement, consumer and community engagement, stakeholder consultation. That said, at their core these terms refer to people with lived experience of care and treatment who can make a meaningful contribution to research efforts in a range of ways. Hence, and going forward as a university, we encourage colleagues to use the term public involvement.

Many researchers acknowledge the importance of public involvement in science but struggle with how to do it in a meaningful and authentic way. As Theme Leads for the 'Healthy People, Families and Communities' and 'Understanding and Preventing Disease' themes, we recognise the importance of supporting La Trobe researchers to work with the public in developing their research ideas.

In this post, we share an overview of La Trobe University initiatives which support best practice in public involvement in research to deliver maximum research impact.

La Trobe was created as a university focused on access and social justice, and its vision is driven by a need to make a difference to the communities we all serve. Public involvement is therefore core to La Trobe University’s ethos.

How can we do this well?

In July 2021, we convened a public involvement in research working group, chaired by us as Theme Leads, that comprised academics with an interest in public engagement in research, including those with lived personal experience. The task of this group was to inform a university public involvement plan, raise awareness, celebrate exemplar practice, and identify resources, tools, and systems to do this well.

Ultimately, our aim is for La Trobe to be recognised as a leading university internationally for our public engagement in research. Our achievements to date include:

The process of researchers involving the public in research is one of continual reflection, learning and improvement. Members of the working group have shared their challenges of involving the public in their research. Looking back, they have reflected that their early efforts could be considered rather tokenistic; seeking affirmation that their ideas were good. They discussed how they developed the necessary skills (particularly interpersonal ones) for doing research “with” (rather than to) the public.

To continue building on these initial achievements with a view for sustainability, there is a need for a long-term vision and strategy for public involvement. To this end, the University has appointed a Public Involvement Strategic Lead, who starts work in September. They are charged with working with Schools and Research Centres to design a university “Public Involvement in Research” plan. A key component of this plan will be the involvement of members of diverse communities including Indigenous and regional populations. At a more practical level, the Strategic Lead will facilitate workshops on how to engage the public in research and demonstrate how this can best be evidenced in funding applications.

Through authentic public involvement we can ensure that our research is relevant, meaningful, and impactful for the communities we serve.

We encourage all La Trobe researchers to access our resources and find out more about public involvement. Looking forward to working with the La Trobe community on this important initiative! 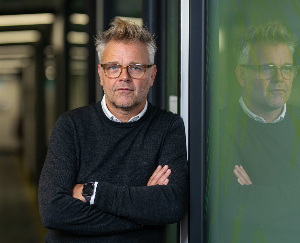 Professor Richard Gray is the Theme Lead for 'Healthy People, Families and Communities'. He trained in Mental Health Nursing at King’s College in London.

Richard became a professor in 2008 at the U of East Anglia and moved to Australia to join La Trobe U in 2017. He has held senior clinical and academic leadership positions in both health service and university sectors. The focus of Richard's research is on developing and testing novel psychosocial interventions for people experiencing mental ill-health. He is on Twitter at @DrRichardGray. 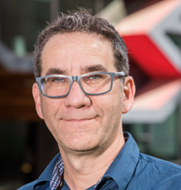 Professor Patrick Humbert is the Director of the La Trobe Institute for Molecular Sciences (LIMS) and Theme Lead for 'Understanding and Preventing Disease' at La Trobe University.

Patrick is a recognized international leader in cancer research with PhD training in immunology at the WEHI, Melbourne, postdoctoral training in genetics and cancer research at the MIT, Boston, and led a lab for over 15 years at the Peter MacCallum Cancer Centre, Melbourne, before becoming La Trobe U's inaugural Professor of Cancer Biology in 2016. His current research is focussed on the evolutionary origins of cancer, re-establishing tissue organisation to prevent cancer, and how space and microgravity can impact on regeneration and cancer progression. Patrick is on Twitter at @pohumbert.