Being asked to reflect on my approach to writing is probably like asking a cyclist to explain the process of riding a bike.

There’s quite a bit about the business of writing that is so automatic for me that it’s difficult to unpack. Other aspects, though, are under my conscious control and reflect idiosyncratic preferences and habits established over many years.

I consider myself fortunate in the sense that writing is something I enjoy doing and, from a young age, it was one of my strengths (I am very pleased this invitation did not involve me having to reflect on my maths skills….). My late father was extremely well-schooled in spoken and written language and his enthusiasm for words and their meanings was a bug I caught early and have never lost. While this enthusiasm for, and ease with, the written word were a great asset in my early years as an academic, I still had much to learn about the academic voice and adapting my writing for different audiences.

I worked as a speech pathologist in clinical practice (brain injury rehabilitation) for over ten years before enrolling to undertake a PhD part-time. When I returned to study, I was also working part-time and raising two young children (this is code for “there were never large blocks of time to focus on writing”). The writing requirements of my clinical role were quite specific and fairly formulaic. Clinical reports, even in the years preceding personal computers (yes, dear reader, we wrote them by hand and then left them with the “girls” in the typing pool) adhered to a particular format, and deviations from this were neither encouraged nor welcome.

In an academic career spanning some 25 years (which dates me back to the start of my PhD in 1993, after a bit over a decade of clinical practice), I have produced (not necessarily as lead author) 110 peer-reviewed papers, 13 articles in professional journals, two co-authored books, one co-edited book, 16 book chapters, 21 research reports/monographs, various articles for The Conversation, and also maintain my own blog, The Snow Report (started in 2013). So, writing is a big part of my life.

While my PhD was in the area of acquired brain injury, my research post-PhD has been concerned with various aspects of risk and vulnerability in childhood and adolescence, particularly as these pertain to oral language and early literacy. This means that I write for a range of audiences, most notably other researchers, practitioners (clinicians and teachers), and policy makers. It is often the case that I'm trying to reach all three groups in the space of one publication and, increasingly, I'm conscious of the need to write in ways that are accessible to parents as well.

If I am lead investigator on a project, my usual approach is to initiate a discussion within the team early on about who will author which papers, and the likely order in which authors will be listed on the paper. This is important so that unspoken and untested assumptions are not formed in people’s minds, only to come to the surface at a later juncture, sometimes when it is too late (or too awkward) for changes to be made. If I am the lead author, I like to have discussions with my co-authors about what aspects of the data they will take carriage of, and also which parts of the paper they may like to focus on in the write-up stage. In practice, this tends to be fluid, but we need to have a starting point to get going.

It is relatively rare for me to be the sole author of a journal article or book chapter; however, I am happy to fly solo from time to time, as I enjoy the autonomy and responsibility this entails. I am mindful, though, in such situations, that the absence of a co-author (or several) means I am deprived of the benefit of a critical friend as well as the usual insights and additional background knowledge that co-authors bring. The down-side of co-authorship is that colleagues sometimes want a different emphasis, they may have a leaning towards another paradigm, and they sometimes write in ways that may be stylistically different (not better, not worse, just different) from my own. This can mean extra work in the overall editing of the paper to ensure a coherent voice.

Having been a Head of School for the past four years, my time for writing has been significantly truncated. This has meant I have had to let go of the idea of “writing blocks” and just fit writing in where I can. In reality, this tends to mean Sundays, and time on aeroplanes and in transit while travelling interstate or overseas (no more in-flight movies). I love the process of getting new research results “out to market”, notwithstanding the fact that the peer-review process is sometimes bruising and frustratingly slow (something that early career researchers need to adapt to). I often find that when I am driving long distances (a big part of my current role), my mind is mulling over some aspect of a publication in process and I might add a few quick dot-points into a draft manuscript as a result of these background mental musings. One thing I always do, however, when I set out to write a new paper, is to visualise its published title page. I hold that mental image as a reminder to myself about the end-point and about the importance of adding to the manuscript, little-by-little, wherever I can.

Constantly writing is the key way to improve writing. However, I find that many emerging academics, whose education may have been light-on with respect to explicit grammar lessons, benefit from extra guidance on the basic conventions (such as subject-verb agreement, and not confusing related words, such as affect/effect, ensure/assure, and principle/principal).

Happily, there’s many bloggers and podcasters keen to assist with this aspect of academic development and I encourage colleagues at all stages of their writing careers to use resources such as these in the name of constant refinement of writing skills. 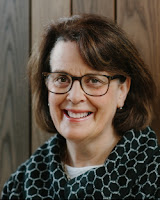 Professor Pamela Snow is a  registered psychologist, having qualified originally in speech pathology.

Her research is concerned with various aspects of risk in childhood and adolescence, particularly as these pertain to oral language development and the transition to literacy, and has been published in a wide range of international journals, as well as book chapters, monographs, and reports. She also maintains a blog, The Snow Report.

In January 2020, Professor Snow takes up a new appointment as Professor of Cognitive Psychology in the School of Education (La Trobe Bendigo). She tweets from @pamelasnow2.
AcWriMo LTUacwrimo writing Writing habits