When a radio interview terrified me (Brooke Huuskes)

I love talking. So, it might come as a surprised that I used to be terrified of talking in front of people. I hated public speaking at school, yet my report card always said, "Brooke would be a good student if she didn't talk as much."

Getting over the fear of talking in large public spaces really came when I stumbled into the spotlight to talk about a topic that I knew the best – myself. Yes, back in 2011 I climbed Mount Kilimanjaro for a cause, and I felt the cause was so important that I put all my fear aside and promoted the heck out of it. This meant that I had to be the face of the cause, which involved comment for newspaper articles and multiple radio interviews. Side note: I was eventually on live TV talking about the same cause but got there through winning best film at a film festival...

In summary, I have had a bit of experience with the media.

It was really no surprise, then, when I started entering public speaking competitions throughout my PhD. The 3MT (three-minute thesis) and FameLab were amazing experiences that really allowed me to passionately express my research in a forum that I love (talking) and developed my science communication skills. And I did alright, too! I won a few awards, including audience choice awards at FameLab (which I was pretty stoked about considering my microphone fell off. Maybe they just felt sorry for me? Anyway...).

In summary, I love science communication.

So, why was I so terrified when I was asked to do a radio interview as an expert at La Trobe? I would say there are a few reasons, and if you are an ECR (Early Career Researcher) then you are probably thinking exactly what I was: Expert? Since when?

Let's put all that aside for a moment as I reminisce about my first radio experience. A friend, Tam, heard about my Kilimanjaro trip, found it interesting, and asked if I could be on her radio program that she hosts on Tuesday nights on Monash Radio. "Sure, I would love that!" I said, as I was panicking like crazy on the inside. But Tam was amazing and sent me the questions beforehand so that I could prepare some basic answers. She also said she could edit out anything that I was not happy with seeing as this was a pre-recording that she would play on her show later. I did not need too much editing. I just had to talk about myself, which is a topic I feel I know the most about! The interview went well thanks to Tam’s guidance and gave me the confidence to know that I could do it again.

And I did do it again! For ABC Radio National and a local radio station in NSW. The first interview helped me get my story down. I now knew what I wanted to say and I was confident with it, which made the other interviews a lot easier.

Fast forward to today: Why did I find this interview with ABC Brisbane so hard?

The biggest thing that was on my mind was that I was no longer representing myself. I was representing a huge brand – La Trobe University. I have never been in this situation before. What if I messed up? What if I sounded dumb? Would I ever be able to do science communication again?

Clearly, looking back now there are all unreasonable thoughts, but the thought of representing someone else’s brand made the process a whole lot more daunting.

The second element, of course, was imposter syndrome. What if someone else with more experience than me was listening and would later criticise me for saying the wrong thing? This is something that I hope gets better with practice, and I still haven’t figured out how to deal with this one other than to tell you (the reader) that if you have been asked to do an interview, it means that the people asking you already think you are qualified for the job.

The final thing, and this is important, is that I did not feel prepared for the interview and should have asked more questions. Things like 'Can you send me a list of questions that you are going to ask me? Who is the target audience of this interview? What type of language should I use? Are you going to edit this down if I ramble too much?'.

Looking back, I don’t know why I didn’t ask these questions, but I definitely will next time!

In summary, if you ever do a radio interview representing La Trobe it means that you are the expert, and you shouldn’t be afraid to ask questions if you're unsure about what the interviewer wants. 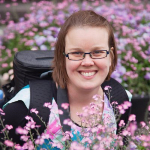 Brooke Huuskes completed a Bachelor of Science in 2007. After graduating, she worked as a Scientific Sales Representative in Sydney for four years before moving to Melbourne and returning to study.

She completed her Honours in 2011 and PhD in the Kidney Regeneration and Stem Cell Laboratory.

After completing her PhD in 2017, Brooke moved to La Trobe University starting a position as a Lecturer in Anatomy. Brooke has also continued her research into mechanisms that are activated during kidney damage in order to target them with therapies.