Posted by Tseen Khoo on July 30, 2019
When I first received the email, I thought it was a scam.

It was from a someone who claimed they were from a media production company telling me that I had been selected to potentially be part of an SBS TV series with a well-known health journalist who would host the show. The project was vague, and I knew of the journalist they mentioned, but I wasn’t a big fan of their ideology and methods.

We had a zoom meeting where the media production company wanted to get a sense of who I was and the work I’ve done previously. Throughout the conversation, I was up front and honest with my opinions about the journalist’s work and approach to health. In fact, I was pretty blasé about the whole thing and tried not to think of the TV aspect as it made me anxious. Being a fairly introverted person, a TV appearance was not on my list of career aspirations.


Just like any other interview I would do about my research, I explained my thoughts and views on the journalist’s methods with supporting evidence and examples.

Towards the end of the interview, I asked how they came across my name and research. "Social media!" was the response I received. Never in a million years did I think that being active on social media and building my public profile would lead to my research career (that’s a story for another time), let alone a potential TV appearance!

A couple of months went by and I had almost forgotten about this whole thing until I received an email saying that I had been shortlisted for a screen test in Sydney alongside two other potential co-hosts for the show. I wasn’t sure if the anxiety, panic or excitement won, but I felt them all to varying degrees. It was definitely time to contact the La Trobe media officers!

The team at the media office were extremely supportive and talked me through some of the questions I should be asking to get a better picture of what would be required and to make sure that my interests and reputation were protected.

The most important advice they gave me was to be true to myself and my expertise, which was a theme that resonated through the screen test later. It had also dawned on me this TV series would likely reach a lot of people. Therefore, it was extremely important that I stayed true to what I believed in, even if they conflicted with those held by the host.

The screen test itself was an intense and long day but one full of learnings. While I had some experience in front of the camera, it was often for recording serious health messages or lectures. Here, they wanted to capture my personality together with my beliefs and values. It was easy to slip into rote learning mode as I tried to remember all the things I wanted to say but the production team were more interested in me just being me, rather than being 'an academic'.

We talked about all the things I loved in my research, why this topic was important to me, and what I was looking forward to in this project. I also had the opportunity to chat with the journalist who would be hosting the TV series so they could see what our relationship would be like on screen. This was probably the most intimidating part of the day as we had very conflicting views as times in our approach. It felt like my PhD confirmation all over again. Except, this time, I was proud to say there were no tears and I managed to stand my ground and articulate my arguments in a balanced way!

At the end of the day, the media production crew were extremely supportive and patient, I learned some gossip about the TV world, and we ended up having the best time. Unfortunately, SBS decided to go with another person who was already adopting the hosts’ approach to health.

As soon as I heard, I caught myself breathing a massive sigh of relief. While this would have been an amazing opportunity, something about it just didn’t feel right. Plus, I wouldn’t have had the time or energy to be fitting in a hectic filming schedule on top of all the conferences and teaching I had already committed to. However, this experience has reinforced the importance of building your public profile and staying true to your research interests.

For now, I’m happy to keep doing what I’m doing and wait for the right project to take me beyond my comfort zone again. 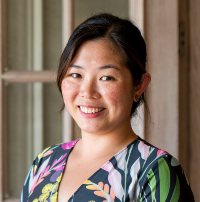 Ashley Ng is an accredited practising dietitian, an academic and a diabetes advocate. She completed her PhD in 2018 on using mobile health to support young adults with diabetes during life transitions.

In 2017, Ashley joined the LTUnutrition team (@LTUnutrition) at La Trobe as a Lecturer in Dietetics and Human Nutrition.

Through her lived experiences, Ashley is passionate in streamlining our healthcare system through digital health, including social media, for greater accessibility.

Ashley is the co-founder of Beta Change, an organisation that aims to support and empower diabetes advocates and people with diabetes around the world. She tweets from @HangryPancreas.