La Trobe - the most Wiki-engaged university in Australia? (Thomas Shafee)

Posted by Tseen Khoo on June 04, 2019
Only six people ever read my doctoral thesis. Six. After years of research blood, sweat and tears poured into this document, that is the impact my work will have. It was that realisation that drew me to writing for Wikipedia.

Wikipedia is by far the largest encyclopedia to have ever existed, replacing - for free - what used to be a luxury item only a few decades ago. The encyclopedia is one of a set of projects hosted by the WikiMedia Foundation, which is refining its strategy through to 2030 to be a leader in the open knowledge movement.

Since I started editing and writing for Wikipedia in 2013, I’ve been busy trying to promote new ways of engaging academics, researchers and experts in improving its accuracy. By working with PLOS and the WikiJournals, I’ve helped develop ways to entice experts to write Wikipedia articles by combining the best bits of the encyclopedia’s massive reach, and the rigour of scholarly peer review. They’re likely to be the most-read work that most academics will ever write.


In March/April this year, I was one of the invited representatives at the Wikimedia Foundation’s strategy summit in Berlin. Most countries were represented at the event, as were several special interest groups focused on e.g medicine, teaching, and librarianship. The event was very energetic, and there was plenty of discussion about a range of open knowledge topics: How can information be accurately translated across hundreds of languages? What about getting it to people without internet access? What about people who can’t read? How can reliability be ensured? How can poorly documented topics or people be represented? How can we help foster a healthier and happier online community of contributors and readers? Should it take a more active role in advocacy? How can vulnerable contributors be protected in countries where freedom of expression is not protected?

It is these issues of knowledge equity and progressing society as a whole that drive my work on Wikimedia projects. Though Wikipedia has matched Encyclopedia Britannica’s accuracy since 2005, reaching its true potential needs the depth and rigour of academic input.

In my estimation, La Trobe is probably the most Wikipedia-engaged university in Australia, with its endeavours to improve the encyclopedia profiled in both Science and Nature. We punch well above our weight on this front, and I think it demonstrates the La Trobe research community’s commitment to engagement with the wider knowledge ecosystem and support for open and free information.

In particular, industrious La Trobians are a part of bringing Wikipedia up to academic standards. Their topics range from medicine to linguistics:

Together that adds up to being viewed 2 million times per year - the majority of all readership of La Trobe’s output, and plenty more is in the works. Wikipedia editing is even part of the Evidence Based Oral Health Practice course, with Leigh Blackall teaching students to prioritise what information is needed, find appropriate sources, and collaboratively edit a range of dentistry topics.

The RED team and La Trobe Library has a monthly Wikipedia editing meeting at which all interested people are welcome (idea hatched by Tseen Khoo; with participation from University of Melbourne’s Wiki Community of Practice), along with yearly workshops (hosted by me). Jan Strugnell (previously La Trobe Life Sciences, now at James Cook Uni) was also instrumental in organising the writing of 117 biographies of women antarctic researchers, a feat that was profiled in Nature.

I hope that this is only the beginning.

Our Wiki community at La Trobe plans to engage research groups and Centres of Excellence across the university to get more involved in their specialist topics.

It is not only possible, but easy for students to be taught to assess and improve Wikipedia as part of their coursework. It is common for lecturers to implore their students not to read Wikipedia or use it as a reference in their work. Yet that sort of abstinence-only education doesn’t work. Not only do students frequently read Wikipedia, most of their professors do too! It’s much better if students are taught robust information literacy skills such as how to trace and appraise the cited sources, combine and cross-reference information, and read all sources critically. The rise of online misinformation demands that we better equip our students with a skill-set for clear-headed critical skepticism in all aspects of their lives.

Next time you think about participating in Wiki activities, rest assured that you’re part of a huge global movement - one that our university is very much a part of. 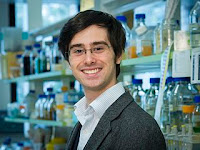 Thomas Shafee is a postdoctoral researcher in evolutionary biochemistry at La Trobe.

You can also find him on Wikipedia as User:Evolution_and_evolvability
being connected building academic profile communicating research communities of practice community digital resources