Posted by Tseen Khoo on May 07, 2019
This article, written by La Trobe University PhD alumna Rachel Loney-Howes, is cross-posted from the University of Wollongong Careers blog. It is an excellent example of the importance of building your profile and reputation as a scholar and colleague from early in your career.

This work is licensed under a Creative Commons Attribution-NonCommercial-NoDerivatives 4.0 International License.

In recent years, career development researchers have focused on the role of chance and luck in career development. They’ve found that, although on reflection we have a tendency to ‘reframe’ our career success in terms of luck, there are certain behaviours and attitudes that contribute to taking advantage of ‘chance’ events. Dr Rachel Loney-Howes a Lecturer from the School of Health and Society here at UOW was ‘lucky’ enough to start an ongoing academic position 6 months after her PhD (yes – 6 months!) In this blog post, she talks about one of the behaviours that helped make that happen.


I still can’t believe my luck. Six months after graduating from my PhD from La Trobe University in Melbourne, I was offered an ongoing position at the University of Wollongong as lecturer in Criminology in the School of Health and Society. Six months.

I was under the impression that I would be casually or contractually employed for at least three – maybe even five years – before I would be gainfully employed, as so many of my friends and colleagues were and currently are. At an HDR Panel for postgraduate research students in the School of Health and Society, which ran in October 2018, I was asked to speak about how I got so lucky. What was it about my experience as a post-graduate research student that made me a competitive candidate for my current role? And what pearls of wisdom could I share with emerging ECRs that might help them as they enter the academic job market. In this blogpost, I discuss some elements of that “luck” I encountered during my candidature as a PhD student – most of which came about because I literally “showed up.”(Note 1);(Note 2)

I learned about “showing up” in the first year of my PhD – advice from a mentor who was not a supervisor. “Showing up” is the informal part of your PhD training whether you are interested in an academic career or not; it not only helps you with networking, but also demonstrates your ability to be a team player – something highly valued by all workplaces. There are three key ways I believe “showing up” helped mould me into an employable ECR. These might seem trivial or self-evident, but I assure you they are vital if you want to succeed in being employed upon graduation – and you must do them regularly and with sincerity.

The first act of showing up for me was quite simple – at least in theory. It meant going into the office most week days, using the workspace I had been allocated (I was lucky enough to have one), and getting to know my officemates, fellow post-graduate students and staff in the department (including the administration staff). This also involved being seen in the tearoom, and attending post-graduate workshops/meetings, as well as student and staff gatherings. Not only did people learn my name and what my research interests were, but this also led to teaching opportunities and research assistant work. It also meant I learned what other people were working on and had amazing critical discussions over lunch, coffee and beers during my candidature. It also helped me to make friends, which is so important given the isolating nature of PhD research.

“Showing up” for morning tea led to the second act of showing up, which is a little more daunting. It involves leaving your building and going to meet other post-graduate students and staff members in different faculties in formal and informal contexts. I was fortunate enough to be selected as a committee member on a number of different projects through attending university-wide events for post-graduate students, and participated in competitions like the “three minute thesis” through which I met different staff and students from across La Trobe University. This also provided me with a wider support network beyond my department and people recommending me for more governance-related projects.

The third act of showing up takes you beyond the confines of your university setting to conferences, workshops and seminars – either attended by academics or people working in your industry or sector. And you should present at one conference a year at a minimum. If you can, volunteer your time to be part of the organising committee, show up at “post-graduate” days now a staple of most conferences in Australia as you will inevitably meet post-graduate students with whom you can collaborate (or commiserate!) with, and attend the conference/workshop dinners. I attended many of these alone during my PhD candidature, and as a result became close friends with a number of other PhD students – some of whom have also obtained secure academic employment incredibly quickly after completing their PhDs. Having networks beyond La Trobe also proved fruitful in securing casual and contract work once I completed my PhD and was looking for permanent work.

“Showing up” in all these spheres took a lot of time and effort. However, it was a vital part of becoming a scholar.

So, yes, on the one hand, I did get lucky with this job. I was in the right place at the right time, with a Head of School prepared to take a chance on someone who was not yet established, and I was willing to move (you must be prepared to move). However, on the other hand, I worked hard at not only writing a PhD (soon-to-be-book) that was well researched, methodologically rich and topical, but worked on showing up.

I made sure people knew who I was but not in a way that was vested in self-importance (at least I hope not!), but rather in a way that was based on respect, reciprocity, and a commitment to seeing myself as part of the department and the academic community. I did not want to be a PhD student who only surfaced every six months to report on their progress.

I “showed up” in different ways, almost every day for three and a half years – and this has paid off in dividends.

(Note 1) I should note here that my “advice” on showing up stems from a privileged position in which I undertook my PhD with minimal responsibilities outside of my research and teaching commitments – I had no children to look after, was on an Australian Post-Graduate Award for 3.5 years, and had a partner in full-time employment who was able to support me financially. I also lived in close proximity to the university, so I did not have to travel far to campus. I therefore fully acknowledge that this made “showing up” much easier for me than other people. I also had two wonderful supervisors who encouraged me to attend workshops, introduced me to people at conferences, and supported me emotionally throughout my candidature. For this, I am eternally grateful.

(Note 2) Because of the challenges associated with juggling family responsibilities with study or being far away, another possibility is “showing up” and connecting through social media. For example, on Monday afternoons I used to attend a virtual “shut up and write” session through Twitter. You can also attend webinars, and follow and retweet conference hashtags if you can’t be present. I also strongly recommend tapping into the broader postgraduate community in Australia via weblogs, such as The Thesis Whisperer, where you realise that everyone is just making it up as they go along. 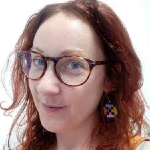 Dr Rachel Loney-Howes is a Lecturer in Criminology in the School of Health and Society at the University of Wollongong, Australia.

A critical socio-legal studies scholar, her research explores the nature, history and scope of anti-rape activism, with a particular focus on the relationship between activism, support services and law reform. Her book, co-edited with Dr Bianca Fileborn (University of Melbourne), titled #MeToo and the Politics of Social Change was released in May 2019.