Posted by Tseen Khoo on March 19, 2019
We may be into the third month of the year already - gasp! - but we can look forward to at least nine months of charged up progress!

This post, bursting with productivity apps and tips, is cross-posted from Lauren Gawne's blog Superlinguo with kind permission. She published this just as she was starting a year's leave. Thanks for sharing your strategies with us, Lauren! View original post.

I'm not really into the New Year's Resolutions thing, but a few conversations over my final few weeks at work made me realise that there are a few things I do to make my work life a bit easier that other people don't know about.

Most of it is about filtering out noise. Whether that means you get more done, or just get through a day with less distraction, it just depends on what you want in life.

You're the boss of your Inbox


Be ruthless about unsubscribing from lists and events that are no longer relevant. For everything else, set up filters. I have a filter for blog stuff, one for the podcast, another for mailing lists that aren't so important I need to see them immediately (but I do like to check them). I have a boss who gets CC'd into so many things that he doesn't necessarily need to act on but should at least see or know about that he filters them off to a separate folder. This way, he doesn't miss important things that he does have to actually think about.

My other favourite piece of email management is Boomerang. This app can be used with Gmail and Outlook, and lets you (a) send emails out at a later time and (b) have emails return to your Inbox at a scheduled time. It helps me get things out of the way while I'm thinking about them, or keep things out of sight until I need to deal with them. The free version gives you 10 emails a month, but it's one of the few apps I happily pay for.

Filters and Boomerang mean that I don't really aim for anything like 'Inbox zero' (trying to get all the emails out of your Inbox). The moment of satisfaction isn't worth the inevitable deluge of replies. I would also love to say that I am organised enough to only look at email once/twice a day, but I have it on my phone and find it just as easy to look and delete/do throughout the day.

You're the boss of your writing


Even some of the most talented and productive writers I know have routines and tricks to help them stay motivated (in fact, that's largely what keeps them so productive). A large portion of the task of writing is unglamourous and functional, just making words appear on a page. Everywhere I've worked, I've set up a Shut Up and Write group, or joined one (La Trobe has a great one, and a blog post explaining the benefits of writing while surrounded by other writers).


What does my ritual involve? Other than commencing with a cup of something caffeinated, there's three elements: eliminating temptation, blocking out distraction and pacing myself.

Although I don't do all these things all the time, things I've found helpful include:


You're the boss of your collaborations


Ok, sometimes, you're not. Especially if you're a junior researcher, you may find yourself working with someone else's preferred tools and routines (they're the boss of their own writing!). Collaborating with different people people is a great way to learn about different rhythms of collaboration, and different processes. I've done everything from sharing paper copies, Dropbox, emails with attached Word Docs, to sitting and dictating draft sections to each other.

By far, the best collaborative tool I've found is Google Docs. The ability to work on the same document at the same time (either in person or over a video chat), track changes and see edit histories makes it very low stress. For LaTeX, I've found using an online platform like OverLeaf also works quite well (especially for low-skilled LaTeX users like me who guess their way through and hate installing a bunch of stuff on their computer).


Most of my advice generally involves embracing apps and programs that make your life easier, but when it comes to schedules and lists, I'm still a big fan of paper. I use an online calendar, but for planning what I want to do each day I still like a paper notebook. I have an A6 notebook that sits in my bag, and I plan out a week on each opening. I like visualising things, and I like physically ticking them off.

I've also used Trello, Google Sheets and Google Keep for collaborative task tracking but, for myself, I still prefer paper.

You're the boss of your social media


Social media isn't work (unless it's part of your job!), but it's easy to feel like you're being productive if you're tweeting about academia or reading blog posts about linguistics. Some people feel overwhelmed by the number of platforms out there, and the performativity of being online as a professional.

First thing, pick your platform. You don't need to be everywhere, stick to a couple of places. I never got around to joining Facebook, and I am 100% a lurker on Instagram. I enjoy linguist Twitter; it's probably where I spend the most time. The two things I recommend people read when they join Twitter are A crash course in “getting” Twitter, for linguists and other people in specific niches, from Gretchen McCulloch and Rachael Tatman’s Guide to Conference Livetweeting. Being on Twitter means that I often know people before I even get to a new job or a new conference, and I get to stay in touch with friends and colleagues from all around the world.

Second thing, it's your social media experience. Don't be afraid to unfollow (or mute, if you're trying to be polite) people you find stressful. Twitter also allows you to turn off retweets from people, so you can see their tweeting about linguistics and their cute cat, but you don't have to see their retweets about local politics that aren't relevant to you. You can also mute words and hashtags. Just like with email, you don't have to put up with noise. Your social media profile is your space. 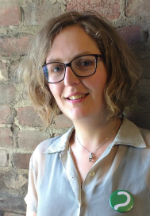 Lauren Gawne is a David Myers Research Fellow in the Department of Languages and Linguistics at La Trobe University.

Her research focuses on grammatical evidentiality and the gestures people use when they speak, with a focus on Tibeto-Burman languages.