Posted by Tseen Khoo on February 12, 2019
Kylie Mirmohamadi (HuSS) participated in the panel convened by James Burford about 'writing together' during #LTUacwrimo in 2018.

The presentations from all participants were thought-provoking and reflected the diverse ways that researchers collaborate (or not!) when writing.

Kylie generously wrote this post for us, based on her panel notes.

What follows is a reflection on the practice of collaborative academic writing, and the way that I have experienced it in my work with Professor Sue Martin (College of ASSC's APVC-Research).

For this post, I’m going to leave aside the much larger issue of how collaborative writing is perceived and received within the politics of academic publishing.

I’ll begin with a few observations from other people that illustrate the often-unacknowledged personal dimension of writing together, and also its gendered aspects.

For me, and I’m sure also for Sue and for Katie Holmes (with whom we have also collaborated), writing together academically is a gendered and a feminist activity. Although this is not always the case with collaborations, ours have been productive of, and pursued within, patterns and modes of female friendship. Those friendships that Kayleen Schaefer sees as captured in women’s late-night request to each other to ‘text me when you get home’, which she shows is not only about safety, but also about solidarity, affection, connection, and holding an ongoing conversation with each other (Text me when you get home, 2018).

And these things are all deepened when we pursue together intellectual work; that labour which Mother’s Day cards continue to tell us falls outside the marketing parameters of women’s work. This is not to say that we have not also spent a lot of time talking about those other types of labour, literally, about childbirth, but also about housecleaning, parenting, recipes, and the all-important selection of outfits for academic conferences...

At the Feminist Writers Festival in Sydney last year, Kerryn Goldsworthy chose as one of her Legacy Books, Dymphna Cusack and Florence James’s 1951 novel Come in Spinner. She was interested, among other things, in its status as a co-written women’s text, and this sent me to the novel. In her Introduction to the 1988 edition (Cusack had died in 1981), Florence James writes that the ‘gestation period’ of Spinner was when the two women shared a rented cottage on a bush holiday in 1938, looking after three girls aged between nine and seven – Cusack’s niece and James’s two daughters. In that cottage, they wrote stories for their Four Winds and a Family in easy collaboration – each choosing a story, writing it up, and then editing each other’s work.

The account she gives of their collaboration over almost two years on the manuscript of Spinner, reveals a more fraught experience, punctuated as it was by financial insecurities, time constraints, and health concerns. In the Blue Mountains, when Cusack was often ill and also feeling the pressure to begin on Southern Steel, James writes:


Dymphna was subject to recurring bouts of acute neuralgia and could not stand using a typewriter. But she could dictate to my typing when she was well enough, and when she was not I got on with my own writing. Working hours extended from the children’s departure for school until lunchtime, after which Dymphna rested and I edited and caught up with the housekeeping.

Of the new 1988 edition, James conjectures, ‘What fun Dymphna and I would have had working on it together. By happy coincidence, I was able to take a cottage in the Blue Mountains for the months I spent shaping this new Come In Spinner, often remembering the time when we were writing together and our friendship through all the years’ (Dymphna Cusack and Florence James, Come in Spinner, HarperCollins, 2013 [1988; 1951]).

What struck me here was James’s insistence on the entwined nature of their collaboration: children and typewriters, illness and editing, past shared experience and the often patchworking labour of the putting together of a manuscript.

And fun. The enjoyment of company and a shared purpose. Something we rarely talk about in ‘professional contexts’that has marked all my collaborations.

More relevantly, perhaps, Susan M. Gilbert and Susan Gubar have reflected on the collaborative writing of their classic 1979 academic study The Madwoman in the Attic. They determined, in their introduction to the year 2000 edition, to deconstruct the unitary voice which made them famous, by writing each in their own voice. They wanted to show, Gilbert writes ‘that behind the hyphenated yet superficially monolithic authorial entity known as Gilbert-and-Gubar there are and always have been two distinct, if deeply bonded, human beings’ (The Madwoman in the Attic: The Woman Writer and the Nineteenth-Century Literary Imagination, 2000 [1979]).

But they also comment on their personal connections and intellectual connectedness. They had a shared sense of humour (Gubar writes that an early joke about tea made them ‘[g]iddy with the hilarity upon which our future friendship would be based’), as well as shared experiences of motherhood, and team teaching an accelerated senior seminar, complete with a rather disastrous visit from the poet, Denise Levertov. They also conducted long late-night phone calls about the necessity of reading women’s texts together, as part of a female literary tradition, rather than compartmentalised by periodisation and the conventions of graduate-school courses.

But enough of the emotional stuff for now, which I see as the scaffolding of my academic collaborations. Some people do perfectly well without it, others could see it as unnecessary, others might see it as impeding the process even.

But, to me, this context not only strengthens the construction as it is being built, it works towards the integrity and the solidity of the final, written, product.

Here's a brief sketch of our collaborative methodology:


In conclusion, I offer these practical guidelines for successful academic collaboration.

1. TRUST each other. You are both going to put your names to this, and stake your professional reputations on it. You both own it - all its strengths and weakness, mistakes as well as brilliant insights. Most of this is trusting each other’s judgement. If either Sue or I feel strongly enough to argue for a change, inclusion, or deletion, then the other one will usually agree, because we trust that this will enhance the final product.

2. DEVELOP STYLISTIC COMPATIBILITY. This happened for us naturally, but even if it didn’t, to be able to develop a joint style makes editing so much easier. We are so used to it by now, that we can splice text into each other’s sentences, and I don’t think the stylistic seams show at all.

3. BE CLEAR ABOUT YOUR ROLES. For example, who is doing the bulk of the background research? It doesn't make sense to double up by both doing it. I’m usually paid to do this, and take extensive notes for Sue’s reference, which I annotate and organise in a way to make her access easier.

4. ACCEPT EACH OTHER’S METHODS AND PROCESSES. I write very clean manuscripts, whereas Sue will make notes to herself as she writes, and then come back to fine tune and clarify.
As long as you both end up in the same place, which is, of course, a coherent and accurate manuscript, then it doesn’t really matter how you got there.

5. PLAY TO YOUR STRENGTHS. One of the great advantages of collaboration is that you each can work on your areas of strength and rely on the other to prop up any gaps in your knowledge and expertise. When this works well, the sum is definitely greater than its parts.

When Paul Salzman launched our book, Colonial Dickens, back in 2012, he very generously noted the length of the list of newspapers and other primary sources in its bibliography. But, as he shared a corridor in the same university with Sue at the time, he also noted that, in the months leading up to the book’s publication, he would frequently hear the sound of us laughing during our meetings together.

So, if I could sum up my experience of writing together academically, I could think of no better conjunction than ‘words’ and ‘laughter’. 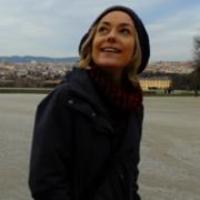