Emails. Every academic’s worst nightmare — or are they?

Spending time on emails is sometimes positioned as the enemy of real academic writing, such as writing theses, articles or book manuscripts.

It doesn’t take long to come across descriptions of email from academics that sound like a review of a thriller movie.

For instance, we've seen words like "dread", "anxiety" and "out of control" used to describe academic inboxes. The Thesis Whisperer even wrote a post on how to avoid Death by Email (hint: limit your email time, use a timer, turn off notifications, and come up with a strategy to manage your inbox). We know that emails build up. They often need to be thought about, replied to, actioned or deleted. And in our increasingly internationalised universities, emails not only now arrive by day, but also by night. Ooof. It’s enough to give anyone an elevated heart rate. Depending on the day, our inboxes might even give us a good jump-scare!

While we know these feelings well, and negotiate them regularly, in this blog post we want to re-position emails as an important form of academic writing in and of themselves. To do this, we lift the veil on our own email correspondence to explore how and why emails might matter for academic writers.


Before we set off, let us just say that this post won’t be covering another popular topic on writing on emails, which focuses on email etiquette. If you've come here looking for some advice on that, you can take a look at this, this or this!

It can be tempting to position emails as the enemy of "real writing". We feel, however, that this position underestimates the powerful role that email can play in our becoming as colleagues, scholars, collaborators and friends.

For instance, we might use email to reach out to editors of journals to inquire about the suitability of our manuscripts for their special issues. In 2017, Britt and Cecile Badenhorst were special issue co-editors of an issue on 'Playful approaches to academic writing' for the Canadian Journal for Studies in Discourse and Writing/Rédactologie. Jamie received a call for papers via an email from a ListServ. Although intrigued, Jamie wasn’t sure whether the idea he had in mind would be a good fit for the issue. He wanted to write about some contemplative teaching practices that he and his colleagues at Thammasat University had been playing with. So, he emailed Britt and Cecile and shared his idea. They both responded with enthusiasm and encouraged him to send in a manuscript. He did — and it ended up being published! Part of this was made possible by Jamie’s initial email, but this email paid off in ways Jamie did not expect. In fact, once Britt even sent Jamie a coffee voucher to thank him for some urgent review work that required a fast turn-around! Conversations about the topics and questions raised from the special issue were continued long after the publication of the issue.

Email has played an important role in Britt's development as an academic. Through it, she’s learned how to negotiate and arrange the peer review process. She's learned how a well-crafted email can open a door to a bigger conversation that has led (in some circumstances) to further collaboration. After the special issue of the journal was published, for example, and Britt’s work as co-editor was finished, she was tasked with completing her comprehensive exams. Comprehensive exams are typically more a North American thing, though they vary across doctoral programs. In her case, she had to write three papers in response to three questions. She had 90 days to complete the writing and reading for this project. The hardest part about this process, at least for Britt, was that she was expected to write without speaking to her committee. Like most people, Britt finds that she builds knowledge in relationship and conversation with others. Although she was writing every day for her exam, she felt stuck. In fact, it was her email to Jamie that allowed her to break through her writing block.

Britt had inadvertently come across an article Jamie had written on the topic in which she was interested. As she puts it, "I really had to put two and two together — I didn't even realise it was the same Jamie that I had been in contact with for the special issue! But when I did, I felt more comfortable emailing him." She drafted a long email that responded to the article Jamie had written. In it, she summarised some of his main arguments, extended the discussion a bit further, asked some questions, and shared an article she thought might be of interest to Jamie.

After she hit 'Send', she realised that she had unintentionally drafted a rough outline. She quickly copied and pasted the body of the email into a word processing document and used it as a framework for what eventually became one of her exam papers.

Jamie replied to Britt's email to offer his own thoughts, and over the next year and a half a wonderful correspondence about mutual areas of inquiry and curiosity began to flower. We talked about how we might conceptualise the field of writing studies, doctoral writing research and possibilities for future collaboration. We have influenced each other's thinking and development by sharing articles (our own and those written by others), podcasts and calls for papers, as well as feedback on drafts. We often discuss thorny issues in our fields and scheme about ways to overcome them. Our emails eventually moved into videocalls, introductions to other colleagues, chats on Twitter and our most recent work together to develop a book proposal (with our colleague Cecile Badenhorst) for a collected edition on 'Imagining Doctoral Writing'.

But, overall, perhaps the sweetest part has been in sharing the mundane things that remind that we are living and breathing human beings, not just brains. Things like the weather (always exciting, what with Britt being in Canada), our pets, our academic lives, as well as our losses and low points. We both enjoy the collegiality and generosity of our exchanges. As an early career academic, Jamie has been so grateful for the opportunity to connect to an emerging scholar like Britt, whose knowledge and expertise has extended his own. And as a doctoral student, Britt has found connecting with Jamie to be an immensely enriching (and unanticipated, but wholly welcomed) growth experience that has added to the process of "becoming doctoral".

In conclusion, we’d like to reaffirm our argument that emails are a form of writing undertaken by academics. While it can be tempting to position them as the enemy of the real stuff, we have found that emails have been an absolutely crucial part of our becoming as colleagues, scholars, collaborators and friends. Emails shouldn't be underestimated for their capacity to bring people together as collaborators and intellectual workers.

We'd love to hear from you! Please feel free to email us and continue the conversation! 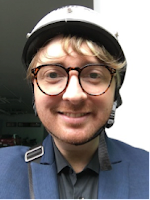 James Burford is a Lecturer in the RED (Research Education and Development) team. His primary research areas are academic writing, doctoral education, academic mobilities and gender and sexuality studies. Jamie seems to love all things meta. When he was a PhD student, he did a PhD on what it feels like to write a PhD and, when he was a mobile academic, he researched academic mobility! Alongside his work at La Trobe, Jamie co-edits the research blog Conference Inference with Emily Henderson. Jamie tweets from @jiaburford. 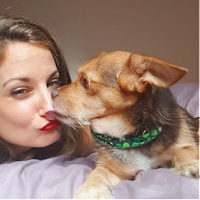 Brittany Amell is a PhD student in the School of Linguistics and Language Studies at Carleton University (Canada). Her primary research areas include the research, theory, and pedagogy of academic writing. Like Jamie, Britt also seems to love all things meta. Her PhD research is focusing on the writing that she and other doctoral students do for their degrees. She works as a writing coach and consultant with undergraduate and graduate students from Carleton. Britt tweets from @balloonleap.
academic writing AcWriMo collegiality email LTUacwrimo writing