When we go conference-ing (Tseen Khoo)

Posted by Tseen Khoo on May 29, 2018
The one conference that those working in Graduate Research Schools tend to think of as an essential one is the Quality in Postgraduate Research (QPR) event.

It's held in Adelaide every two years, and it's THE conference for those working with graduate researchers and higher degree candidates more broadly.

The whole program - all two and half days of it - is devoted to presentations, roundtables, and forums about graduate research experiences, processes, environments, and supervisors. The talks range from major research project findings that aim to influence policy around graduate research, to sharing local processes and pilot programs from particular contexts.

Our keynote speakers came from the United Kingdom, South Africa, and locally. The opening keynote was given by Australia's Chief Scientist Alan Finkel, and reflected on the qualities
of the twenty-first century scientist, and the opportunities of a new generation.

And we were there at QPR! Very there, actually!

Dan Bendrups talked about the findings of an empirical, ethnographic study of the impact of doctoral education on professional creative arts practice. His work discusses the motives for undertaking doctoral study, and will provide a basis for considering how this study translates into the pragmatic realities of professional work in the arts sector.

The work draws particularly on the experiences of candidates who were already established creative and performing artists before commencing doctoral study, it will describe the impact (or lack thereof) of the doctorate on their professional practice.

Tseen Khoo (me!) talked about the ways that the RED team undertakes the complex task of developing our researchers' social media literacy and the inherent challenges of these programs.

It focuses particularly on how the process of developing an effective, professional set of social media skills for researchers often requires a strong understanding of academic contexts, clarity of an individual’s purpose and identity in the space, and articulated support pathways to grow this expertise within the time-frame of the candidature.

Jeanette Fyffe presented across two sessions. The first, with another La Trobe scholar Margaret Robertson (Education), reported on a case study of a department in a large Australian university that has an ethos of shared responsibility for doctoral supervision focussed around an annual supervisor "Away Day". The paper described the features that sustain the department in its approach to developing doctoral researchers and supporting colleagues in their supervisory practice.

The second session was a forum, led by Jeanette, that was dedicated to discussing some of the findings from the major national project "Reframing the PhD for Australia’s future universities" (Barrie, Peseta, Fyffe, Mantai, and Kiley). For this session, the focus on the concept that a doctoral curriculum might be conceived as four intentionally designed learning spaces (that is, the research project, supervision, intellectual climate, and courses/workshops), and how candidature milestones might also be conceived as a curriculum proxy. For all the information about this project, check out their website: Reframing the PhD.

If you'd like to see what else was discussed at the conference, here's the 2018 QPR program (PDF).

The conference gave us excellent insight into what the good, effective practices in graduate researcher progress, completion, and support are. It also allowed to see where La Trobe's particular strengths were in this area and gave us many ideas about how to make things even better.

It was only my second time at a QPR conference and I met many colleagues old and new. It was invigorating, affirming, and fun - precisely what these events can and should be. It even had me revising my opinion of conferences, particularly after I had written of my doubts about them in 'Staying still' (my concerns about equity are still very much in place, though - I was only able to attend QPR because of the support and encouragement of my unit). 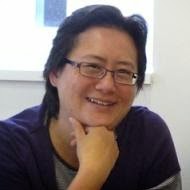 Dr Tseen Khoo is a lecturer in research education and development with the RED team at La Trobe University. Melbourne.

She has held research-only fellowships at the University of Queensland and Monash University, and was a research grant developer at RMIT University.