Getting your research into the media (Claire Bowers)

Posted by Tseen Khoo on March 06, 2018
Since starting at La Trobe as media manager a few months ago, my team and I have been fortunate to work with some incredible academic talent on a range of high impact, headline-grabbing stories that have really helped lift the University’s research reputation.

From the latest advance in stroke treatment and Professor Jenny Graves winning the prestigious PM’s Prize for Science, to Victoria’s first driverless bus trial, these are stories that generated significant metro and national coverage.

But stories don’t have to be as big as this to attract media attention!

Sometimes, a strategically placed piece in the right media outlet can not only reach exactly the audience you want to speak to but also spark more media interest.

We also encourage more researchers to write opinion pieces – we can help you with this – as well as become media commentators on relevant topics in the current news agenda.

I suspect there are more of you out there with research that will be of media interest. We want to hear from you!

If you're thinking about getting your work more attention, you might want to consider these three questions:
While we will work with you to draft the media release or opinion piece pitch, it can be a useful exercise for you to have a go at drafting the release yourself (which we can then edit and finesse).

This will help you think about what the key, take-out messages are and what you would want the media to report.

So, here are a few tips on structuring a media release:

Other points to consider:

As previously mentioned, the La Trobe media team are here to help, from assessing whether your research story will be of interest to the media, to helping you shape your key messages and draft your press release. We have great media contacts and will pitch the story to them. We can also give you media coaching if you’re nervous about doing media interviews.

Here's the contact details for the Media and Communications team. Our website also hosts a big range of media tools and resources [intranet].

We're looking forward to hearing from you soon! 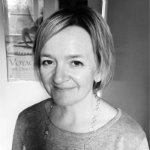 Claire Bowers joined La Trobe as Media Manager at the end of September 2017. She has previously worked for three years at Monash University as media manager and senior media advisor in their science faculty.

Claire’s 23-year career in media relations started in London at Penguin Books in the days when press releases had to be faxed because email hadn’t yet been invented (!).

She has worked in senior media roles for a number of high profile organisations including The Natural History Museum and the BBC.

Claire moved to Australia with her husband and two children four and a half years ago, and loves nothing more than walking in the bush and spotting Aussie wildlife (kookaburras and wombats are particular favourites).
communicating research community engagement impact public scholarship research comms research dissemination