Posted by Helen young on November 07, 2017
I’m no scientist (alas), but I am an obsessive reader of scientific literature from the eighteenth and nineteenth centuries.

It’s a literature I read as much for what it suggests about the culture in which it was written as for its scientific revelations, many of which, while ingenious, have slipped ignominiously from the canon of contemporary scientific belief (here’s looking at you, phrenology, phlogiston, and the gemmule theory of inheritance).

But it’s also a literature to be read for its stylistic innovation.

It’s hard to imagine a modern botanist writing serious scholarly work on the reproductive mechanisms of eighty-three plant species, based on original botanical research, extensive reading and correspondence – as an epic poem, in heroic couplets, with the plants personified as polyamorous demigods. But in 1789? Find a rhyme for stamen, stat.

One of the reasons why scholarly writing could be so polymorphous in the eighteenth century was that scholarship was still becoming disciplined. Writer-researchers often worked in multiple areas of enquiry, some of which weren’t even named, let alone demarcated and institutionalised. That allowed for a discursive cross-pollination that would be frowned upon if practised a hundred years later, even if some of the mainstream disciplinary discourses of the twentieth-century had originally been hybrids themselves.

The stylistic play of the eighteenth century may also have been possible, in part, because scholars were yet to settle on a way of writing that made knowledge seem to be independent of the person doing the knowing.

One of the most common definitions of academic writing to be found, these days, is that it is writing about knowledge. It’s supposed to analyse knowledge, or produce knowledge, or convey the knowledge that already exists somewhere out there. Or, as in my discipline (literary studies), it may have held down a part-time job for the last forty years arguing that claims to knowledge are enmeshed in ideology and always irreparably suspect. It is perhaps not surprising that Western ideas about what knowledge is, and our ideas about what we have to do to come by it, have had a profound effect on what academic writing often looks like.

In his work on the practice of scientific self-effacement, Dying to Know: Scientific Epistemology and Narrative in Victorian England, George Levine describes “distrust of the material and the personal” as an aspect both of the “long Platonic traditions of Western thought”, and, ironically, “of the empiricism and naturalism that sought to displace them.” Empiricism is the view that knowledge depends on the senses, but empiricists are also suspicious of the senses, which, as Levine writes, “must be disciplined and checked” to ensure that they don’t mislead a person in their quest for really real knowledge.

We can’t actually chasten out senses or divest ourselves of our experiences, however much we might try to. But academic writing has settled on a slew of cunning locutions to be deployed should you wish to imply that there is no actual person conducting your experiments or analysing your data or writing your article. These conventions are perhaps as prevalent in the humanities as in the sciences. Cf., this sentence is contorted through use of the passive voice, rather than I am contorting this sentence.

One of the goals of many academic writers is for not just the writer, but the writing itself, to slip into the background, so that the reader penetrates through the writing to the object (knowledge) that it is about. But this penetration is always an illusion: writing will always mediate and skew the relationship between the reader and the object, perhaps most when it is pretending not to.

In the 1999 Preface to Gender Trouble, a book that since its first publication in 1990 had been both criticised and adored for the “style” of its language, Butler responds with an apologia for that style, querying the proposition that the “plain language” associated with “common sense”, or “received grammar”, is “the best vehicle for expressing radical views, given the constraints that grammar imposes upon thought, indeed, upon the thinkable itself”.

The covert invitation here is to consider whether the seemingly plain language of your discipline (which is of course far from plain, taking most of us many years, many attempts, and a lot of reading to master) is constraining what is thinkable for you and your readers. 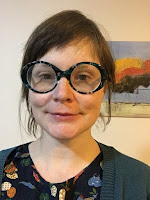 Alexis Harley is a lecturer in English in the Department of Creative Arts and English. Her research compasses literature from the late eighteenth century on, with particular focus on Victorian natural history writing, autobiography and literary engagements with the idea of nature, animals, and evolutionary theories.

Her recent monograph, Autobiologies: Charles Darwin and the Natural History of the Self demonstrates how evolutionary theories shaped nineteenth-century autobiographical practices and refashioned the human subject – and also how the lived experience of individual theorists impacted upon their biological formulations.