My year as President of the LIMS Fellows Society (Rohan Lowe)

Posted by Helen young on September 19, 2017
An interesting thing happened to me in the winter of 2016. Our institutional postdoc society decided it was time to get organised and elect a president.

A distinct lack of volunteers was apparent. I was nominated by another member and, emboldened by their vote of confidence, I agreed I would stand for president.

No other nominations were made, and I quickly became the president of the LIMS Fellows Society.

I’m not a career politician. I may have enjoyed watching House of Cards and loved a good political power move on Survivor, but my election to president of the LIMS Fellows was not in my career plan.

I don’t like to turn down opportunities, however, so this blog post is about my year as president of the LIMS Fellows Society.
It is funny how a change of title shifts the dynamic. Suddenly, at meetings, it was up to me to keep to time, navigate through the impasse and drive the discussion. It’s an interesting little transition to make, and it reminded me of back when I finished my PhD and started a job in a different lab. I still felt like a PhD student, but everyone gave me the freedom and responsibility of a postdoc. Most of the time, I find workplace dynamics shift almost imperceptibly like seasons, but moments such as graduation, starting a new job, or even just becoming the president of a postdoc society can produce a sharper contrast.

I was immediately grateful for the hard work of my predecessor and founder of the LIMS Fellows, Erika Duan; you may recall her contributions to the Red Alert blog. Erika took an inspirational idea and rallied 80+ postdocs to hold regular events at LIMS on career development.

I love the Isaac Newton quote "If I have seen further, it is by standing on the shoulders of giants". It so vividly encapsulates how the latest discoveries in science are reliant on a diverse body of research going back decades or centuries. In the case of the LIMS Fellows, I was grateful to inherit an organisational structure and a core of committed people who made everything happen.

Which brings me to the second thing I learned as president: when you are privileged to work with such a talented and self-motivated bunch of people, great things can spring out of nothing. The task becomes simply to ensure people are given the opportunity and resources to succeed.


What motivated me during my term?

I get a lot of satisfaction just from working with interesting and diverse people, and the LIMS Fellows provided that opportunity. I enjoy teamwork and draw a lot of energy from the camaraderie of a team. I probably have too many club commitments! In addition to the LIMS Fellows, I'm also on a committee for the Australasian Plant Pathology Society, play with the LIMS Lazers footy team and, in my spare time, attend monthly meetings just about beer! Unsurprisingly, the beer society has the most members out of the four.


What were my goals for the year?

Initially, I aimed just to maintain our existing momentum. I called a committee meeting, and we brainstormed a bunch of ideas for events for the year. We did the usual stuff you would expect in a research institute: a big annual symposium, advice sessions on how to apply for grants, etc.

We also did some less obvious stuff. Lesley Cheng organised an event on communications skills that was very well attended by students and senior management. The committee was able to use their professional network to snare a couple of professional communications experts that should have been outside of our budget!

My personal favourite event was our speed-networking event, now in its third iteration! Its origins were partly due to my wife switching disciplines from science to engineering. They are two technically similar areas, but she remarked on how comfortable engineers were at developing their professional network.

I could see how scientists tend to view networking only with a particular research goal in mind, rather than just being open to new possibilities.

The LIMS Fellows speed-networking events bring scientists together, encourage learning about each other, and facilitate meeting new people. We incorporate a bit of ‘structured-fun’ to discourage the regular silos from forming, and we invite a different external group of people along as guests for each event. I hope that, with time, this will encourage a change in culture and leave a lasting improvement in the professional network around LIMS.

My term is over now, and I'm enjoying a bit more time to get those papers finished off. I'm still an active committee member, but I pass the torch to Tatiana Soares da Costa, who I am very confident will continue to build the society over her term as president.

National politics and the bureaucracy of large organisations are slow to change, often failing to satisfy those who can see a problem with an easy solution.

I think this is why grassroots organisations are popular at the moment. Change can occur very quickly at the lowest levels of an organisation, especially now that technology has provided rapid communication. The LIMS Fellows Society is a simple example where a group of people saw a gap in representation within the institute and sought to fix it by volunteering their time and enthusiasm. The public Facebook page is here if you would like to know more about it.

You can do the same by joining a group or, if there is none that speaks to you, perhaps you could start one up?

Overall, I thoroughly recommend people take up a leadership role in their community, be it workplace or recreational. You will learn a lot, have fun, and gain a huge amount of satisfaction from your achievements. 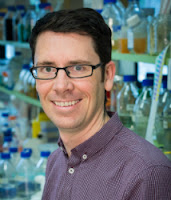 Dr Rohan Lowe is a research fellow in the La Trobe Institute for Molecular Science. He studies fungal pathogens of plants and humans, sifting through their genomes to find out the genes that are critical for disease.