Posted by Tseen Khoo on March 21, 2017
Every academic I know loathes meetings. Loathes them.

They view meetings as obstacles to (rather than elements of) work, wasted time, forced upon them, and – even worse – as forums for awful colleagues to showcase their awfulness.

Having attended many meetings in my academic and other professional lives, I can’t rally much of a defence for meetings. They are the bane of many working lives, academic or not.

Now, I’m not talking in this post about getting together with collaborators, new colleagues, or catching up with buddies under the guise of ‘meetings’. These could turn out badly, but they’re more likely to be energising and fun events. And they’re often by choice.

However, no-one’s ever said that of the majority of work meetings, particularly those regular committee and staff ones.

Despite initial appearances, this post isn’t just another long whinge about meetings!

This post is about how to try to fix the main things that are wrong with meetings. I want to help you help others make meetings useful. Yes, useful. As a baseline, you should be observing meeting etiquette no matter how cheesed off you are that you have to attend.
Did you know that academics spend an average of 17% of their time in meetings? That’s what John Ziker’s US-based study on faculty time allocations reported in The Blue Review in 2014. To some, this may sound appalling; to others, this may sound appalling and still low compared to their experiences.

My RMIT friend and colleague Jason Downs (Twitter: @jasondowns) is a mad keen tracker of his work practices, and shared with me that his time in meetings for May 2015 was about 28 hours. That was 17.5% of his work time for that month, one where he logged a lot of extra work hours overall.

My average meeting hours per month (averaged over the past 3 months) are about 12. Less than half Jason’s meeting hours, probably because I don’t have to convene or sit through curriculum/marking/ subject meetings.

I figure that if you’re going to spend that much time in meetings, why not push and shove for less time in – and more value out of – them?

I crowdsourced some meeting effectiveness strategies, and Julie Preston (Twitter: @julzpreston) delivered with a listing of good meeting habits in general. @julzpreston says she:
If all meetings were composed of @julzpreston-types, I wouldn’t be writing this post! But we know @julzpreston is a rare commodity.

For PhD students, the Thesis Whisperer has this great advice for holding and tracking meetings with your supervisor.

Here are possibly the most common complaints about general academic meetings, and my strategies to fix them and make them bearable, or even worthwhile:

This is the one I hate the most. The worst offenders are often the meetings that have been slopped into your diary as regular, tedious 3-hour timeslots (often committee meetings…).

As we all know, most of the real work with decision-making takes place outside actual meetings. If you’re depending on a meeting to make big decisions, then…you need to get up to speed on workplace savvy. In these meetings, I’ve often scanned the room to jot down mentally how much money was being spent on it by having lashings of professors attend (most of whom are doing non-meeting-related work on their tablets).

To keep meetings to time, or at least keep your involvement in them to time, try some of these moves:

Flag the time, particularly in the last 20 minutes. I’ve found that just saying, “We’ve only got 15 minutes left” can fast-track the remaining agenda items without waffle, showboating, or an annotated history of the issue to date.
Better still, start making meetings a default 30 mins, not an hour. You’d be surprised how focused it makes a meeting, and how much time you get back in an average week.

2. The meeting doesn’t achieve anything.

Always, always push for action items from a meeting, and ensure they’re attached to people who will carry them out or report back on the issue/project.

Unless the meeting’s actual point is to meet someone face-to-face for the first time, why are you getting together? More on making sure you even need to meet in Point 3 below.

Don’t let that work imperative disappear under the weight of ‘so, how was your weekend?’ conversations. Those conversations have their place – phatic communication is important, after all – but don’t let it clutter and derail your meetings.

And, managers, if you view staff meetings as time for your team to bond, you need to read some literature on how this kind of bonding happens. Hint: It’s not in work-a-day staff meetings.

Even if I’m not necessarily the meeting facilitator, I think it’s fair enough to cut a waffler short and ask for the point, or – more diplomatically – their specific recommendation. After all, they’re wasting everyone’s time.

3. They keep happening…make them stop!

Most meetings are unnecessary.

Most meetings are about things that can be taken care of via a phonecall, email, or a few tracked-changes documents. Or the issues may just need you to think some things through before sharing it with others. If the meetings are brainstorming sessions for project ideas or directions, that’s one thing; to use formal meetings regularly as a way to think through decisions or situations is just…lazy. And irritating. And everyone will hate you.**

Committee and staff meetings are often necessary evils but, even then, I think they need to be thought through before sucking up a 3-hour slab of time for about a dozen people for no reason. ‘Status update’ meetings are a waste of time.

What’s to discuss? Does it need face-to-face discussion? Can you come up with a specific agenda?

Before you schedule a meeting, think about whether you really need to hold a meeting. If you don’t, you could save everybody a lot of time.


** Ok, maybe not everyone. But close to everyone.

The original version of this post was published in The Research Whisperer and is shared here under the Creative Commons “Attribution-non commercial-sharealike” license. 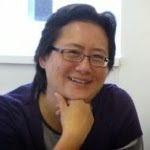