Posted by Tseen Khoo on August 02, 2016
I remember when the first posters went up advertising the study tour, “When the levee breaks”. The study tour was for undergraduates, but there were a few spots for graduate researchers.

I was thinking that there was NO WAY I’d be selected to go on the trip of a lifetime to the American South.

But there I was on Monday 6 June 2016, at Melbourne airport (at 6am) feeling very nervous and preparing for the longest flight of my life (Melbourne – Sydney – Dallas – New Orleans)!

With me were thirty undergraduate students, six teaching staff (including another three graduate researchers, like me), and five auditors (who wanted to come along for the ride).

After the three weeks we spent on the road together travelling from New Orleans to Memphis via Natchez, Vicksburg and Clarksdale (and a few more stops in between), we became like family.

This trip of a lifetime did not come for free, though!

As part of the conditions of being funded to go on the tour, the graduate researchers had to put together a research proposal for a project relevant to the study tour, as well as take on a mentoring role with a group of students. The research project did not have to be large (the minimum required output was a journal submission), it did not have to be related to your PhD, nor did it have to involve collecting empirical data.

However, being the crazy person that I am, I did the complete opposite and constructed an elaborate plan to speak with people who have worked in anti-violence against women services, post-Hurricane Katrina, essentially creating a whole new PhD for myself. It has become what I now hope will be the basis of my next research project.

For the first week of the study tour, I ran around the city of New Orleans – a place I was completely unfamiliar with on many different levels – interviewing police officers, sexual assault nurse examiners, counsellors, support workers, advocacy groups, activists, and academics about the issues faced by women who experience violence in New Orleans. Having conducted research in a similar field for my PhD, I felt comfortable undertaking another heavy project.

While I was expecting to hear some things that shocked me, I was not prepared for the depth and complexity of the issues facing women in that part of the world. Fortunately, the people I was working with were very generous in helping me to understand the problems they experience, offering me an amazing insight into their tireless efforts to help bring about change in what I now ‘affectionately’ refer to as “trauma city”.

As we followed “the highway through the cradle of the civil war” (Paul Simon, "Graceland") towards Memphis and saw the social landscape shift into further decay, it became clear to me how important the work I’d started in New Orleans was beyond the city. I found out from one community support worker that there are no women’s shelters in the Mississippi Delta. The ‘Delta’ is the area that lies between the Mississippi River and the Yazoo River. Violence against women is not very high on the agenda in the American South, especially when it has to compete with racial inequality and the kind of poverty we usually only associate with the developing world.

While what I saw was incredibly confronting, it has only spurred me on to go back!

Not only did the study tour provide me with an opportunity to pursue a new research project, it also enabled me to network with academics from the universities we visited, specifically Tulane University, Mississippi State, and Delta State.

I even (brazenly) approached the director of the Center for the Study of Southern Culture about the possibility of doing a post-doc based on the work I had been doing in New Orleans.  He didn’t say “no” outright, so there is some hope that I can return post-PhD, even if it means having to endure the sweltering heat, both physically (it was hot!) and politically.

As well as undertaking the research project, it was amazing to contribute to the students’ learning in such an intense way. The conversations I had with the students demonstrated a deep engagement with the issues present in contemporary American society, but they also highlighted the parallels present in the Australian context – reading global problems through a local lens.

If they run the study tour again, I would highly recommend applying. It truly was the trip of a lifetime, professionally and personally, and I'd like to express my gratitude to the academic staff (Terrie Waddell, Trevor Hogan, and Raul Sanchez-Urribarri) and the three other graduate researchers (Mary Ross-Volk, Carl Dziunka, and Daniel Lopez) for their support, encouragement, and friendship during our time away. 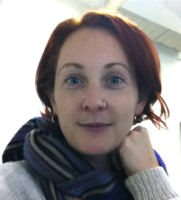 Her PhD is an analysis of the nature, use and scope of online spaces for anti-rape activism, with a critical focus on the politics of recognition. She has presented on this research at conferences and been published in peer-reviewed journals.

In her spare time, Rachel likes watching the latest Netflix saga, talking social theory (dork!), and going for bike rides in the sunshine.

She also loves cats. Rachel is on Twitter at @rloneyhowes.