What I’ve gotten out of the 3MT (Anthony Condon)

First, I wish much luck to those competing for the chance to represent La Trobe at the Asia-Pacific finals at the end of September. Show the country what Eagles do to sandstone buildings!

I wanted to take a moment to reflect on my experience of competing in the 3MT this year.

I’m a first year PhD researcher in the School of Humanities and Social Sciences (HuSS). As I'm an unconfirmed candidate for the moment, I was ineligible to proceed to the University Championship (even if I had made it through in the College finals).

I’m sure many new PhD researchers out there think of 3MT as something to save for their final year, when they have a clue about what they are doing. But that’s precisely why I'd say you should do it earlier!

I did it for several reasons. I have a bit of the natural P.T. Barnum in me (I’m one of those weirdos who likes being in front of a crowd). I thought it would get me out of my office and meeting some other people around campus, which it has absolutely done. Mainly, however, I did it because a few people said to me that it’s a good way to narrow down what your thesis is actually about – and I needed this! Six weeks into my thesis turned into six months, and I realised I had less and less of a clue about what I was doing.


Through the process of writing my first presentation for the school level 3MT heats, I got an idea of what was at the crux of my thesis. I started to understand what it was I was trying to say. It also made me look at my methodology, something I hadn’t really paid much attention to so far, and it was through this that the central idea of my thesis revealed itself to me.

I’m writing about cricket history, but what I really want to examine is the way we go about understanding who we are today. Cricket is just a vehicle for that examination.

The HuSS heat was won - deservedly - by Rachel Loney-Howes and Mijke Mulder. Their presentations were excellent, with Rachel's addressing the experiences of victims of sexual assault and Mijke's on creating a record of Muklom Tangsa (a language that's at risk of being lost to the world). I did well enough to be one of the four competitors who went through to the ASSC College final on 17 August.

In preparation for the ASSC final, I sought feedback from the judges of the school heat (Adrian Jones, Hester Joyce, Trevor Hogan, and Tanya Fitzgerald), as well as the event organiser Terrie Waddell and Kelly Farrell (RED team). Massive thanks to all of you!

This was the really beneficial part of the process. It not only allowed me to get feedback on the specific area of the 3MT, but also on my thesis as a whole, from a broad range of knowledge bases, within and without my field.

This had three main benefits.

First, some exceptionally intelligent people gave me recommendations about things I might wish to look at: theories, ideas, content, as well as gave different perspectives on things that I was already looking at.

Second, through challenging some of the ideas I was having, I was forced to think through why I was having them (which meant that it either strengthened them, or I decided to discard them).

Finally, it gave me a perspective on how people outside of my head view my thesis topic. It’s pretty easy to view what I do as a privileged white boy cricket nut spending his PhD talking about cricket – and I’m not saying I’m not doing that – but that misses what it is that I’m truly passionate about: understanding the way people tell stories about themselves to create their sense of who they are.

The 3MT can be thought of as your thesis in a nutshell, but it can also be the thesis experience in a nutshell. By participating, I’ve been through the process of discovering an idea, doing my research, developing a philosophy, defending my work, and finally delivering a product that will have currency in the marketplace of ideas.

No piece on the 3MT would be complete without a massive shout out to the ASSC College's Faiza Fauzi (Senior Project Officer), and all the other people I’ve missed, for all the work they’ve put into making this thing happen. It's excellent! 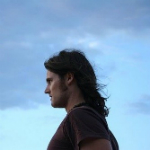 Anthony Condon is a cricket historian at La Trobe University. He writes regularly for The Roar and creates weekly YouTube videos on cricket and doing his PhD, Anth's One Minute Week.