Posted by Tseen Khoo on July 19, 2016
Time, time, time, see what's become of me
While I looked around for my possibilities
I was so hard to please
Don't look around
The leaves are brown
And the sky is a hazy shade of winter

My thesis emerged out of a lot of chaos.

I wanted to cover four very different cases and topics. In the end, I could only find space for two.

I wanted to write about a much bigger phenomenon. In the end, I could only discuss one small (or not small exactly… let's say 'significant') aspect of it. While being situated in the Media Studies department, I read and wrote a lot of sociological and political analysis, most of which I had to finally excise from the thesis. In short, my thesis had quite a chaotic coming-into-being.

Even as I developed a clearer idea about what the thesis was trying to do, I still didn’t know how to say it. These convoluted meanderings hindered my productivity and caused me much grief. Even as I write this post, post-submission, I'm still slightly apprehensive about what I finally posited as my thesis statement and whether it is satisfactory and sufficiently clear.

It is often difficult to gauge exactly how clear a particular section or aspect of your thesis is. It may seem clear to you but it may not be to your examiners, and this prospect can certainly deter you from moving forward decisively, compelling you to constantly look over your shoulder even as you prepare to submit.

As for expression, thesis-writing is not journalistic writing, which I am much more comfortable with. I can write journalistically, but writing academically does not come naturally to me. In fact, to be honest, it can be quite an ordeal.

Near the end of my candidature, I was in a grim mood and reflected that, had I written and expressed my ideas in a journalistic mode, I would've finished the thesis in half the time.

Like many people who are multilingual and write in English, I often mix up my syntax or word-choice. Perhaps this cannot be attributed to being multilingual per se. In any case, irrespective of the fact that I think almost exclusively in English, my writing does sometimes go awry. Sometimes, my tense or syntax is wrong or I use an inappropriate word, complicating the sentence or obfuscating its meaning.

Having said this, while writing, I'm not always aware of this tendency. When I re-read something, I recognise the mistakes and the awkward bits. I scrutinise the sentence-structure and think about how I can improve it, make it clearer or resolve any inconsistencies. Admittedly, this predisposes me to do what is called editing-while-writing, which any good writer or writing adviser will warn you against. It slows down the writing process considerably.

I should add that I am also what is generally called a ‘perfectionist’ – in my estimation, just a preternaturally anxious person!

Someone such as myself who habitually makes mistakes while writing and who is also a perfectionist is simply asking for trouble. While my supervisors have been wonderful, I am the kind of person who continues, much to his detriment, to second-guess himself until the finish line, and well after that as well. Nothing satisfies me, and I'm especially critical (post-hoc) of my own work. Interestingly, the inadequacy of what I’ve submitted doesn’t hit me until after I have submitted it – never before! This of course does not simply refer to language; it also refers to content and substance.

Imagine, then, the torment that I endured and the maudlin self-recrimination that I indulged in when I found typos and grammatical errors in the printed version of my thesis! I had done all my final edits on the computer, only printing the thesis for examination.

I only found one major error, but that is because I swiftly gave up on re-reading the thesis after that! I rationalised my abandonment of the post-mortem by assuring myself that no good could possibly come of it. Regret is a terrible thing, and I would advise anyone to steer clear of post-mortem analysis, especially if it quickly becomes apparent after submission that such analysis will only fill you with regret.

Instead, embrace the flawed nature of the written work that you have prepared. There will be time to hone it more – to develop the ideas contained in it, to explore the field of research further, to move on to other topics, etc.

Or you can simply abandon academia and go on to do something completely different!

In the end, you have to accept that it was never meant to be a comprehensive encyclopedia; rather, it is meant to be a reasonably coherent argument about one small segment of one small topic in one large research field! 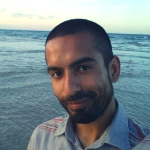 Arjun Rajkhowa is a PhD candidate at La Trobe University, Melbourne. He submitted his thesis in June 2016.