How to be a good conference goer (Tseen Khoo)

Posted by Tseen Khoo on July 12, 2016
Many years ago, when I had to give my first few academic papers and the conference dates loomed sickeningly close, I’d be almost paralysed with insecurity and brimming with angst about what could go wrong.

I’d run through my paper over and over about a fortnight before it was due to be given; no ad-libbing for me!

The whole thing would be planned to within an inch of its life AND chockers with theoretical stuffing because there was a desperate need to make sure that what I presented would be considered ‘serious’ (and we all know that nothing says ‘serious’ like incredibly dense, almost incoherent jargon).

Thankfully, I evolved. A bit. It's all a process, right?

This post focuses on things I’ve learnt in the past decade or so’s conference-going and paper-giving.

Jo Byrne has written on RED Alert about how to prep well for a conference before you even leave home, from the delegate's side of things.

I discovered through being on both sides of this dynamic that this is how you make conference convenors love you:
So, what should you do when you're AT the conference? Your paper’s written (right? RIGHT…?), and you intend to turn up on time to give it. What else does a good conference participant do? So glad you asked!

A good conference presenter or delegate should:

Keep presentations to time
I know I’m already repeating myself, but I do it out of love for the considerate conference paper. There are scads of academics out there who go over time during conferences or seminars. They’re given the time-limit and they just choose to ignore it, or are too lazy to account for it. Even if your paper is the absolute bees’ knees, it’s rude to go over time because chances are that you’re using up someone else’s time. It’s not all about you, you know. Usually, you’re on a panel of three or so, and the session has an allotted time. It’s not a conspiracy; it’s that limiting thing called a 24-hour day.

For example, if you’re given 20 minutes, this means you’re given 20 minutes. It doesn’t mean giving a 20 minute paper + showing your PowerPoint slides + telling that hilarious anecdote + concluding with a 3-minute video. Time your paper before you give it, including the whiz-bang audio-visual you want to use. It’s not that hard. I find that most early career academics are very good at keeping to time. Others? Not so much. Often, they think their seniority or reputation confers a more generous time limit; this assumption is incorrect and inconsiderate.

Things that may happen to you if you go over time (mostly witnessed by me first-hand):

Take part in discussions and ask helpful questions
I find this a hard one to do consistently. It’s always much easier to take stuff in and just nod sagely; this is what I do most of the time. It takes more active listening and engagement to find a question to ask. There’s always the tricky situation of someone on a panel not getting any questions, while their panel-mates may be bombarded for the entire question-time allocation. The most generous and lovely academics I know will be the ones who ask the questionless presenter a considered query. Often, the presenter who gets no questions hasn’t given a bad paper; it’s just that people latch onto the others more readily.

Attend the bulk of any given session
I know there are vastly different opinions on this one. This is just my take on it. Increasingly, conferences are about breaking even and this means bums on seats, which means more parallel sessions than ever. In turn, this compound scheduling means that there’ll often be a clash between sessions you want to attend. As a rule, I think it’s bad form to turn up only for a friend’s (or Big Name’s) paper in a session and leave straight away. If you must leave, do it after the entire paper and question-time if you can, rather than when another person’s presenting their work (just imagine a dozen people fleeing the room when you get up to talk and you’ll see what I mean).

Not stalk keynotes
This may sound far-fetched and I wish it was a totally ridiculous thing to say. As a convenor and fellow delegate, I’ve seen people latch onto keynote speakers something chronic. There’s having respect and admiration for the work someone does, and there’s red-flagging yourself by popping up at every meal-break to hang with your favourite postcolonialist.

Some pointers on talking with keynotes or Big Names:
Bottom line: You don’t have to front up and be uber-smart. It’s much better to stick with welcoming and friendly.

It's true that you get as much out of a conference as you put in. What’s also true is that the quality of conferences and the vibe that each one has is incredibly varied. Some will make you feel like you’re part of something smart, important, and very worthwhile. Others will have you complaining to all your friends and family about what a bunch of junketeers academics are, or what uninspired work is glutting the place.

When non-academic people ask me how a conference went, and I respond that it was ‘fun’, they assume that that means I was being paid to loll around in some exotic setting while they were stuck at their 9-to-5 salt-mine. They can be right (cf. David Lodge novels). Conference circuits are a staple of academic life. Your colleagues become friends and often fellow travellers. You get to hear about the latest work in your field. You meet the Big Names and the early career enthusiasts. You present what you’ve been up to and (hopefully) get much affirmation and interest in what you’re researching.

So, my advice about conferences would be:

Go forth, go regularly, and don’t take any one event too seriously.

There’s always another conference and, even if you think you made a fool of yourself at one, you can rest assured that someone else made a bigger fool of themselves at another (and that’s who everyone will be talking about).

A version of this post was first published in The Research Whisperer. 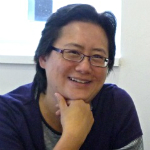