Posted by Unknown on May 31, 2016
With internal Expression of Interest (EoI) dates fast approaching for various major funding schemes, La Trobe Early Career Researchers (ECRs) may be weighing up their odds for success.

Considering the substantial time and effort expended in honing grant proposals, could this energy be better spent on, I don’t know, research and writing papers...? I know I had these thoughts.

Reflecting on the vacant application form that confronted me a few years ago, I'm pleased with my former self for saying, “Ugh, fine, I’ll do it!”.

This decision to forge on with the paperwork changed my career.

Taking shape around me today is a small, talented group of graduate researchers, shiny new laboratory equipment and even some modest funds locked in the research account.

And how did I get from staring at a blank application form to here?

Sneaking through in my final year of eligibility, I was fortunate enough to score a Discovery Early Career Research Award (DECRA)** from the Australian Research Council in 2014.

Along with institutional support from the La Trobe Institute of Molecular Science (LIMS), the DECRA grant has provided an unparalleled opportunity to pursue my independent research and a foundation on which to build my profile as a group leader.

However, my claim for a DECRA was anything but assured after clicking the submit button – it was closer to a remote chance, really. It's not that I doubted my abilities to generate high quality research, but more that DECRAs have a success rate of less than 15% and the scheme attracts applicants from almost every research field imaginable. One can only think of one's chances as slim, right?

For me, as an astrochemist (think a chemist… in space!), not falling within a research priority was at the forefront of my fears.

I remember my anxiety when faced with the selection of FOR (Field of Research) and SEO (Socio-economic Objective) codes. These critical numbers suggest to the funding body which expert assessors are best suited to tear your application to shreds...er, assess your project, and how crucial to Australia (or not...) your research is deemed to be.

My choices ended up being the most general FOR codes and the “miscellaneous research” SEO box. That can’t be good, right?

For those, like me, who occupy the more exotic niches of academic pursuits, you may be surprised to hear that I ended feeling okay about it.

By embracing my position as an outsider of sorts, I quickly confronted the truth that my 'square pegs' work did not fit a (supposed) pressing national need for 'round hole' research. Only then did I feel liberated enough to let my ideas flow through uninhibited onto the page.

Even if I was still apprehensive about the shadowy assessor who would receive my proposal in their Inbox, at least I stood secure in the knowledge that my passion for strange space chemistry was shining through in the text. I guess the approach worked!

My first attempt at a DECRA the previous year was a complete mess in comparison. Stressed out with trying to plan my next move while finishing up an overseas postdoc, I was fixated on the idea that my only hope for a stable career back home meant plugging directly into one of the preferred SEO fields.

As this misguided notion took hold, the clear path I had envisaged as an extension of my knowledge, prior experience, and career aspirations began to distort. What should have been a well-constructed, logical statement of ideas and plans turned out to be 10 pages of drivel.

My project must have read like a strange deviation from my previous successes, and it was all due to me trying to find a hook into the areas I felt had the only chances of getting funding.

I didn't take it to the extent where I proposed something like "cyanide chemistry on Saturn’s moons has important implications for Australia’s food security and fighting terrorism", but I feel that I lost the essence of my research, what made it exciting, different and important. The proposal was too broad, with lots of tenuous connections.

This is all easy to say in hindsight and, if I had to review my first application now, the somewhat contrived research goals would see red crosses flourish. Rather than general grant-writing ineptitude, I'd like to think that it was the pressure to find job security that caused me to initially (1) lose focus on my successes as a postdoc, and (2) fail to articulate how these successes translated directly to the career I wish to shape.

So, particularly for those of you who might feel like you're a bit of a black sheep as far as your research interests go (be it in science or any other academic endeavour), I hope these experiences lend you some support to push forward with those research grant applications despite the daunting percentages.

Embrace doing something different and put your aspirations out there! Don't just tell the story you think the powers-that-be want to hear. It may see you elbow your way towards grant success. Here’s hoping it does! 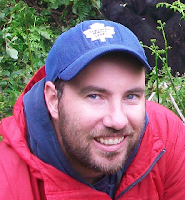 Dr Courtney Ennis is a Research Fellow at the La Trobe Institute of Molecular Sciences (LIMS).

Courtney is interested in astrochemistry, where he studies the chemical reactions that generate organic building-blocks in space environments. Such locations include the atmosphere of Saturn’s largest moon Titan, where chemical reactions produce ‘Complex Organic Molecules (COMs);’ species of biological importance. In order to understand the make-up of the COMs, their spectral signatures must be compiled. Here we use a specialised cell to mimic the cold conditions of Titan to perform experiments with the intense infrared beam at the Australian Synchrotron. With clues to the chemical composition of the COM material, we search for biological building-blocks such as amino acids and DNA nucleobases, species that may help untangle the chemical origins for life on Earth.
achievements careers DECRA ECR grants post-PhD STEM