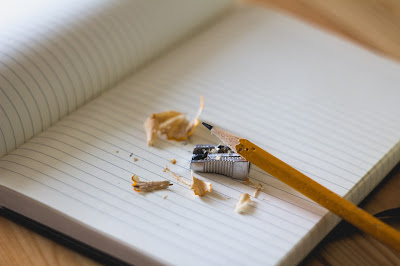 When I was young, I had a grandmother figure – that is, she acted like my grandmother, I loved her like she was my grandmother, and she took me to many places as though bent on imbuing a grandchild with cultural experiences.

As a result, I am probably the only person alive who reached the age of 6 having seen Julie Andrews in The Sound of Music three times!

This grandmother figure and I had no blood ties. She taught me a great many life skills, such as how to make a decent cup of tea (much needed for a first generation Australian of Italian parents who knew only how to drink stove-top coffee) and how to make lovely doilies using pin-point needlework (a great skill for a budding academic – not).

Even now, I can still remember how to blanket-stitch, even though I have never had the need to stitch blankets. Take note, ECRs, this is not a life skill, nor the first rung on the academic ladder to success, but it could be good practice for when…actually, I can’t think of any reason to practice this skill.
Regardless, my grandmother figure also taught me the niceties of being in public spaces, such as not touching the handrail as you descended from the train station. Do you know how many zillions of germs accumulate there – no doubt, nursing students do know this, but I do not, nor did I as a child?

The lesson from her that I'm most constantly reminded of is that of never pointing into space in case one “poked Mr Nobody in the eye”.

I'm still wary of pointing in case some poor esoteric being becomes blinded by my total lack of consideration of exactly where Mr Nobody may decide to repose. As a child, I often imagined that he spent a great deal of time at the bottom of the stairs at Central train station (I grew up in Sydney), just at the exact moment when I felt compelled to point to where I hoped we were heading!

What exactly is the relevance of my childhood memories to single quotation marks, you ask?

For some inexplicable reason, when I see single quotation marks around an unsuspecting referent, adverb, or other ‘word’ or ‘phrase’, I cannot help but suspect that Mr Nobody is at work. He's there with a ‘wink wink, nudge nudge’ that is meant to convey that both you and I know that whatever is confined by those two facing marks is, in fact, an innuendo about which only those of us who are aware of esoteric entities know the ‘true’ meaning.

And this brings me to the point (no doubt you wondered if I would ever arrive at that destination!): Why do people insist on using these kinds of single quotation marks?

They often are sprinkled liberally through manuscripts and published papers, perhaps with the writer’s firm belief that the reader will intuitively know the innuendo that lifts a word from its dictionary meaning to some shaded nuance, apparent only to those ‘in the know’.

Writers who use this expressive device, an explanatory expose would be very welcome, both for the budding writer and for those of us wearied by a career spent trying to fathom why people do.

With a background in speech pathology, her clinical and academic interests have been in severe communication impairment in people with developmental disabilities, as well as health and mental health issues faced by this group.

Teresa is a member of the Living with Disability Research Centre and theme leader of Enabling Mainstream Systems. Current projects address hospital encounters of people with cognitive disability, organisational factors that embed active support in accommodation services for people with intellectual disability, developing and maintaining person centred active support for people with neurotrauma living in supported accommodation, services for ageing people with intellectual disability and those who care for them, and use of telehealth to support early intervention for children with autism.