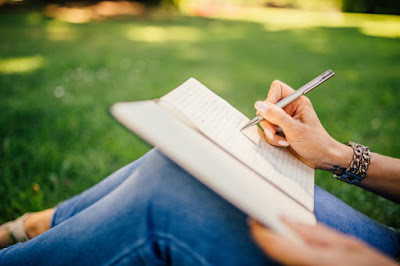 Well, what a month November was!

In this post, I'm meant to capture the doings and feelings of La Trobe's 2015 Academic Writing Month within a limited word count.

Let me say this as an experienced blogger: it's hard! There was so much going on.

Just to give you an idea of what we got up to during the past four weeks, our #LTUacwrimo program included:


One of the key elements of Academic Writing Month is the accountability spreadsheet where participants declare their writing goals for November, and log their progress as the days roll on.

It's fascinating to see how your colleagues are progressing with their writing, and to see the manifestation of obstacles and boosts.

You come to realise that, while useful as a self-tracking tool, the accountability spreadsheet is also an active collegial space for sharing the processes of academic writing. It gives a window into the fabric of academic lives, and the ways that work happens (or not).

We were joined this year by two colleagues from RMIT University, and it was great to get some cross-institutional action happening!

From this year's spreadsheet, here are a selection of La Trobe researchers' achievements:

Kirsty Macfarlane: "Completed draft of 1 article/thesis chapter, and turned two conference papers into a draft article. Also revised and re-submitted an article I've been working on forever. Very productive month and met my overarching goals. Didn't quite get the minimum two pomodoros every day but made up for it at the RED Writing Retreat."

Emma Sherry (see tweet and image, right) overachieved early and has a series of papers lined up during the month. In her planning, she had accounted for an international field trip and conference in November.

Oonagh Bodin: "Attended all LTU Melbourne SUAW sessions along with the writing retreat at Franklin Street. Also made an amazing start to my first results chapter and my literature review! Along with attending, one symposium, a two day data analysis workshop AND a conference where I presented my research on a poster. BONUS, I was accepted to a conference in NZ in the new year to give a oral presentation!!"

Hannah Macdougall is spending November in a high altitude tent as part of preparation for the trials for the World Championships (see left).

As well as opportunities to write together and learn about new productivity and writing strategies, #LTUacwrimo ran several competitions.

For the record - if you weren't on social media to see the announcements - the competition winners are:

Now that we're nearing the end of La Trobe's Academic Writing Month, you might be wondering what to do to keep up the momentum?

It's what you've heard many times before: the best way to maintain momentum is to keep blocking out dedicated writing time.

It doesn't matter whether it's the face-to-face La Trobe 'Shut up and Write' sessions every week, online Twitter sessions (e.g. @SUWTues and @FriNightWrites), or something you set up yourself.

The key is to make time for your writing consistently and treat this time as sacrosanct!
AcWriMo communities of practice Establishing a writing habit Goals LTUacwrimo Writing Communities