A hot topic of conversation lately seems to be women in science or, more precisely, the lack of them at higher levels.

While the gender gap is getting smaller, it's evident that women are present in fewer numbers in certain areas of STEM, and at certain career stages.

Women may dominate the life and social sciences during their PhD years, but their presence starts to diminish when we look at the higher levels, especially towards professorship. Noticeably, the areas in which women are least represented are those that are heavily mathematics dominated. They make up less than 20% of full professors in these disciplines (Ceci, 2015).

Women in science at LTU

What can we do about this, you ask? Or, more to the point, what are we doing about this at our own institution of La Trobe University?

Supporting Women in Science (SWIS) is a newly formed, union affiliated society that has been established by women in science at La Trobe University.

These women have one mission in mind: to celebrate and support women in science!

Through our efforts, we aim to promote and get the word out about gender equality in STEM fields.

To help us celebrate the birth of SWIS, we are holding a launch event that is FREE for anyone and everyone (no need to be a member!) who wishes to attend.

For this event, the co-founders of SWIS (Lara Bereza-Malcolm and Jen Wiltshire) have organised Dr Marguerite Evans-Galea as a keynote speaker.

Dr Evans-Galea currently works as a biomedical research scientist at the Murdoch Children's Research Institute and has received several awards, including an Australian Leadership Award in 2013 for her contributions to science in Australia. In addition, she is the co-founder of Women In Science Australia, which has kindly offered to endorse our event.

To wrap up the formal proceedings at the launch, we will be hosting a friendly debate on the topic: Is it OK to be a sexy female scientist? Our two teams will battle it out with their arguments, and a winner will be decided!

This will all be followed by food, drink and networking between attendees. You will also have a chance to become a member, if you wish to do so!

For those wishing to attend please head to the event page and sign up online.

You can also email us at swisltu@gmail.com. While the event is free, we encourage people to RSVP for catering purposes.

In the long run, SWIS wishes to host a catered seminar series throughout the year for its members. During this seminar series we hope invite esteemed, high achieving individuals to talk about their careers and problems that they have faced or have seen others face along the way.

By launching SWIS we want to help overcome issues that are faced in the STEM pipeline, such as:

So, will you help us “to support and celebrate women in science”? Membership is open (and free) to students and alumni of La Trobe University, male and female, who share our views!

For more information, please visit the SWIS webpage, which is regularly updated with our activities. For those of you who are also on social media, we have an active account - @SWIS_LTU (or the hashtag #SWISLTU).

We look forward to meeting you at our launch event!

The Supporting Women In Science launch event is being funded by the Graduate Research School's Intellectual Climate Fund and Professor Michael Clarke, the Head of The School of Life Sciences. The committee members of SWIS would like to thank the Graduate Research School and Mike Clarke for their funding and giving us the opportunity to launch this society to help promote gender equality in the STEM fields 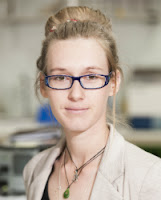 Oonagh Bodin is a Microbiology PhD candidate at La Trobe University’s School of Life Sciences in the department of Physiology, Anatomy and Microbiology at the Melbourne campus.

She finished her Bachelor of Biological Sciences with first class Honours in 2012, and is currently in the third year of her PhD.

Her research explores how the composition of the gastrointestinal microbiota can be altered through various life style changes or when mutations occur.

Oonagh has presented her research at several conferences, the most recent being the Asia Pacific Autism Conference in Brisbane (APAC15).