Brevity is the soul of 3MT (Kelly Farrell)

Posted by Tseen Khoo on September 07, 2015
Did you know there’s a fungus in grass needed to get our milk from paddock to fridge?

That we should be helping robots avoid us?

And that looking after your voice can have a material effect on your job performance?

The La Trobe 2015 3MT Championship showcased the glittering mosaic of graduate research at the University as eight finalists vied for the title of La Trobe 3MT Champion.

Throwing your hat in the 3MT ring is the definition of chutzpah: it takes no small amount of audacity to squeeze years of work into a few minutes and then get up and present it – sans notes – to an audience and a row of judges. And did I mention it should also be engaging and void of jargon so that people who have absolutely no idea about your research can understand and relate to it?


Luckily for the audiences who have been treated to the feast of dynamic, thought-provoking presentations during this year’s 3MT season, chutzpah isn’t something La Trobe graduate researchers are short on: more than 50 participated in School and College competitions across the University in the lead-up to the university finals.

But - wait! - the audience also had a crucial part to play: Each audience member received a ballot paper and were asked to vote for their favourite presenter.

While the judging panel retired to deliberate and the audience and competitors mingled over afternoon tea, the RED team tallied the votes for the People’s Choice Award.

Then it was time to return to the John Scott Chamber for the announcement of the competition results.

Professor Long got Shakespeare involved as she provided an overview of the judges’ impressions, deftly applying Polonius’ ‘brevity is the soul of wit’ to the 3MT genre before pronouncing that Jen Wiltshire (School of Life Sciences) is the 2015 Champion and People’s Choice Award with her presentation ‘I like dirt’. One of the many memorable moments of Jen’s talk about communities of microbes was the challenge to the audience to imagine a world solely made up of lawyers!

Hannah MacDougall (La Trobe Business School) took out Runner-Up, impressing with the presentation about her research on the wellbeing of para-athletes. Jen and Hannah receive $5000 and $2000 travel/research support grants, respectively.

An unexpected addition to the prize pool was a last-minute award of $1000 sponsored jointly by the DVCs that went to Murray Neuzerling (School of Engineering and Mathematical Sciences) for his talk on ‘How to Avoid Robots’.

While the healthy research-support grants you can win are a good reason for having a go at 3MT, it’s a very useful exercise for a graduate researcher from a career and development perspective. It forces you to consider the guts of what you’re doing, and why the heck it’s worthwhile.

As Professor Nugent pointed out in his opening remarks, everyone needs to get their ‘elevator pitch’ down. You’ll need it throughout your research career. Whether it’s the two minutes you get at the coffee urn with the leading researcher in your field, at a conference, or convincing investors they should put money into your research-based start-up, the ability to be concise, engaging and, above all, compelling about why the research is important, is everything.

Jen Wiltshire cites Uri Alon (TED talks), Brian Cox, Tim Minchin, and Sir David Attenborough as speakers she admires. And she admires them all for the same reason: "They can’t hide their enthusiasm and love of what they do." Jen says that the hardest thing about the 3MT is "distilling some very complex research into one memorable message", and that when she first entered two years ago, she found this more difficult to do.

This time, she says, "I had a story to tell, and I wanted to tell everyone."

Would she recommend 3MT to her graduate research colleagues? "One-hundred times, yes!" says Jen. "The 3MT challenges you think closely about your research but, more than that, you must think about who you are delivering your research to, and how best to do this."

We have an array of gutsy graduate researchers at La Trobe willing to hone their skills and get their research out there via 3MT but, as Professor Nugent acknowledged in his opening remarks, we also have a group of Graduate Research Coordinators (GRCs) who are committed to developing vibrant and supportive graduate-research experiences at La Trobe.

The audience cheered on all the finalists, fully aware of what a pressured environment an institutional championship was! As well as barracking for our colleagues, we learned from and were inspired by their research. Sure, it's a competition, but it was also a golden opportunity to leave our silos and feel a part of the broader community.

Everyone at RED, the Graduate Research School and, indeed, the La Trobe University community are right behind Jen as she travels to the University of Queensland on 2 October to tell the Trans-Tasman 3MT judges why they should like dirt, too!

The 3MT final got a lot of people livetweeting, and the #LTU3MT Storify has now been published.

Videos of the finalists will be uploaded shortly and linked to RED's 2015 3MT page. 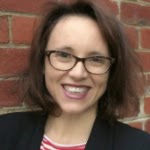 She also has a background in graduate researcher support and was a student advisor/advocate at the University of Melbourne Postgraduate Association from 2000-2003.
3MT communicating research engagement New audiences PhD experiences public scholarship public speaking research dissemination