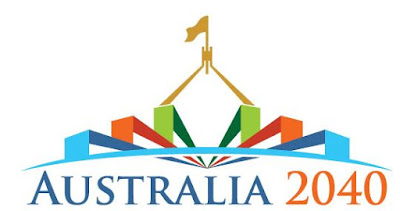 I am only the second individual, and the only female, in my circle of immediate and extended family that has ventured into the world of academia.

Seeing the life of a science academic, I've found it gruelling and often filled with the trials and errors of unending experiments that require perseverance, grit, and heaps of patience.

So, when I was selected as a finalist for the Australia 2040 Conference as a result of my 30-second video, I was stunned and honoured.

Unknown to me at the time, the weeks ahead would take me on a journey that would prove intoxicating, mortifying, and extremely gratifying.

I knew I’d need to deliver a 5-minute speech about my work to a general audience. What was not so apparent was just how ignorant I was about the concept of ‘5 minutes’! After all, we live in a world where 5 minutes is never enough, or at least not near enough for the things that matter.

As soon as I met with the communications specialist organised by the Cooperative Research Centres Association (CRCA), it became very clear just how important that 5 minutes would shape up to be.


Fast forward to three weeks before the big event, and any joy I felt at being selected was replaced with anxiety and a strong realisation of the mammoth task ahead.

I was fortunate and very grateful to meet RED staff member, Kelly Farrell, at a La Trobe 3MT workshop. The 3MT workshop generally takes place only once a year and, thankfully, it was scheduled 3 weeks before my moment at Parliament house. Kelly provided great advice! The days soon filled with versions of scripts, numerous rehearsals, and sleepless nights.

I arrived in Canberra the weekend before the conference and on the morning of the event we were requested to rehearse our presentations for the communications specialist. Consequently, and not ideally, I was told I needed to make changes to my presentation. Making these changes was a harried and frantic process. (Lesson learnt: never change anything in the last minute unless you absolutely need to, because it will most likely start a major panic attack).

When I realised that I'd give my speech from behind a lectern I felt a flurry of mixed emotions – relief, surprise, frustration, and finally acquiescence.

Based on prior advice, I had prepared extensively for a lapel microphone with a remote slide-changer. I had yearned for a lectern in the embryonic stage of preparation when I was still grappling with accepting addressing a very significant public forum. At the time, I'd hoped a lectern would afford me some protection and my very own hiding place. Faced with the reality of the situation, and in contradiction to my earlier thoughts, I was bitterly disappointed that a lectern meant my small stature would make me near invisible to the audience. I recall regretting my decision not to wear heels on the day. (Lesson learned: Learn to adapt to any situation).

I was the third speaker in line. When my turn came I teetered towards the stage and up to the lectern and began to speak. Almost immediately, my nerves dissipated. I found myself enjoying the moment.

Following the talk, which took place in the Australian War Memorial, all finalists were offered a tour. The words of encouragement and appreciation during the tour were very welcome and heartening for all of us. I realised then, win or lose, I had had a brilliant journey and I needed to savour the moment.

But the journey was not over.

After the talks, we all felt like winners but, of course, the audience would choose only one and we were told that it would be announced on the Awards night on the following day.

The Awards night will be one I remember for years to come. In our finery, we strutted up to Parliament House, feeling incredibly important and slightly nervous at the possibility of winning the ultimate prize. We murmured words of encouragement and best wishes to each other, joking about what we would do with the prize money.

I did not win THE ultimate award that night and, by that point, it didn’t matter in the slightest. The experience was such a whirlwind, and I faced so many highs and lows throughout the journey that all I could feel was a strong sense of gratefulness. I had a sense of wonder at my own personal growth and achievement that cannot be limited to a single day or event.

The winner was Sally Bradford from Young and Well CRC. Sally had given an excellent presentation and she had really delivered some great work in the area of mental health.

After the ceremony, we had many people come up and congratulate us. It was a great conference and, so far, the most enriching experience of my professional life.

I look forward to drawing in the future on the networks and friendships that have emerged over the last month.

Priyanka was selected as one of only five finalists from across Australia to present at the Australia 2040 symposium. She also holds a Masters in Applied Chemistry (RMIT University).
networks New audiences PhD experiences presenting public scholarship public speaking