What do you mean there are no comms? Conducting archaeological fieldwork at Lake Mungo (Caroline Spry)

Posted by Tseen Khoo on May 25, 2015
When I first started my PhD at La Trobe University, each step of my research project sounded straightforward enough.

The first part would involve fieldwork in the spectacular setting of Lake Mungo, where I would locate and record a large number of sites where stone tools were made and used. Once back in Melbourne, I would get stuck into research, number-crunching, and writing.

During my first visit to Lake Mungo, however, I quickly realised that there was a lot more to the fieldwork component than I had anticipated – particularly given the remote location where I would be working.

Our accommodation was comprised of shearers' quarters, which were first constructed during the early 1900s (think corrugated iron and wood).

While electricity is available, there is no mobile phone coverage, no internet, no heating or air conditioning, no shopping facilities – and occasionally no water!

Lake Mungo is nonetheless a pretty special place. The landscape, comprising the vestiges of a vast, ancient lake system interspersed with more recent dune systems, is stunning and constantly evolving. It is host to a wonderful array of native wildlife (including the odd Arnold Schwarzenegger-esque red kangaroo) and a rich, well-preserved archaeological record dating back at least ~40,000 years.

As my fieldwork was projected to take at least three months, a big challenge was organising the necessary logistics, including student volunteers, equipment, accommodation, transport, Occupational Health and Safety procedures and manuals, and – mostly importantly – food!

My study area is located on the ancestral lands of the Baakandji, Ngyiampa and Mutthi Mutthi, so I also had to obtain formal permission from these communities to work in the area. Each item required a lot of planning on my part, but was also made possible through the support of my supervisor, the umbrella ARC Discovery Project, and La Trobe University.

I ended up undertaking around seven months of fieldwork at Lake Mungo, over three years, often with an Elder from the Traditional Tribal groups present to give advice about matters of cultural sensitivity. Some of it was carried out with the umbrella project, during mid-year fieldwork seasons, and the rest was independently organised as part of my PhD research.

My longest stint in the field was two and half months, with supply trips into Mildura most weekends.

I definitely experienced challenges throughout this period, including equipment malfunctions, snake and spider surprises, flat tyres, and extreme heat/cold/rain events. Working on a sandy dune, I became fairly accustomed to there being a good portion of sand in most mouthfuls of food consumed throughout the day.

I also learned to be flexible during this time. I discovered that, as much as you can try to plan out your hours/days/weeks, that unexpected events often pop up – especially when working outdoors – and that you just have to take each day as it comes, and go with the flow.

I now have a fairly wicked range of outdoor attire, which is very fashionable comfortable. Growing up, I never thought that Hard Yakka pants, flannelette shirts, fly nets, gaiters, etc. would take up so much space in my wardrobe.

When I look back at my time in the field, it was definitely a major highlight of my PhD. I made some great friends (even if some of them play a little too much Hank Williams for my liking), saw some amazing landscapes and archaeology, and certainly came to appreciate the simple things in life. I also gained invaluable project planning and management skills.

I thank the Traditional Tribal Groups of the WLRWHA – the Baakandji, Ngyiampa and Mutthi Mutthi – for welcoming me to their Country, and allowing me to undertake research in such a special part of Australia. 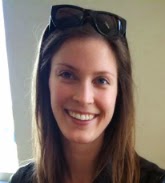 Her thesis investigates the stone tool technology that people used at Lake Mungo during the height of the last Ice Age, when conditions were cold and dry, and lake levels fluctuated. It also explores how this technology changed once the lakes dried out, and conditions alternated between humid and dry.

Caroline’s thesis falls under the umbrella of the ARC Discovery Project, ‘Human responses to long-term landscape and climate change in the Willandra Lakes Region World Heritage Area, which is a joint venture between the Traditional Tribal Groups of the WLRWHA, La Trobe University, University of Wollongong and Max Planck Institute.

Caroline teaches at La Trobe University in the Archaeology Program, where she is also a Research Assistant. She also works for a Melbourne-based archaeological heritage consultancy, Ochre Imprints.