Being whispered through a PhD (Karina Quinn)

Posted by Tseen Khoo on November 26, 2014
When I started my PhD, the first thing I did was read about how to write, read, and research.

The longest piece of writing I’d ever produced was my 15,000 word thesis for my Postgraduate Diploma, and I was terrified at the thought of having to produce 80,000.

Not just terrified: I was stopped in my tracks. I knew I wanted to do it, but I didn’t know how.

I’m particularly grateful today that I allowed myself to be a beginner at that moment in time (something I haven’t always been particularly good at).

I’m also grateful that a good friend told me, a long time ago, that if I wanted to get somewhere or change something in my life, I needed to find people who were already where I wanted to be, then copy them.

Enter the Thesis Whisperer, Twitter, Shut Up and Write, and my early PhD motto: "If Inger says it, do it".

Inger Mewburn (who created and manages the Thesis Whisperer [TW]) had completed a PhD early, with small children. I had small children (still do). I was 37 when I began, and knew I couldn’t afford to have an excruciatingly drawn out process: I had promised my partner this was the last study I would do, that I would finish on time, and get a job.

I started my PhD with a 6 month old and a 2 and a half year old, I finished in just under 3 years, and a big part of how I did that was by following excellent advice.
My favourite TW posts were:

What I found there was an extraordinary gathering of writers, scholars, researchers, editors, and friends. #phdchat and #phdparent became my favourite hashtags, most #shutupandwrite sessions were organised on Twitter, and I had a (short) conversation with Margaret Atwood that I will never forget.

And, finally, there was Shut Up and Write. Plenty has been written about this, so I won’t describe it for you again, but I will say this: I worked out pretty quickly that I could write around 1,000 words in three Pomodoros. I then realised that if I wrote 1,000 words a week, I would have way more words than I needed at the end of 3 years. So (hospital stays and sick children aside), that’s what I did.

I read and made notes and did lots of thinking from Monday to Thursday, and on Friday I went to a café with other PhD students, academics, and writers, and wrote.

At the end of 3 years, I had an 86,000 word thesis, a number of peer reviewed papers, international and national conference presentations, and a partner who told me she rarely felt like a PhD widow. Also, the kids survived, and are very proud that their Mama wrote a book. 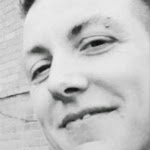 Karina Quinn is a Melbourne based poet, writer, spoken word performer, and researcher. She is one of the Managing Editors of Australia's only interdisciplinary, peer reviewed, gender, sexuality and diversity studies journal, Writing from Below.

Karina is an Honorary Associate at La Trobe University and, when she's not editing or writing, she is shamelessly blogging or tweeting (@riotk)
engagement Learning to write LTUacwrimo twitter Writing enablers